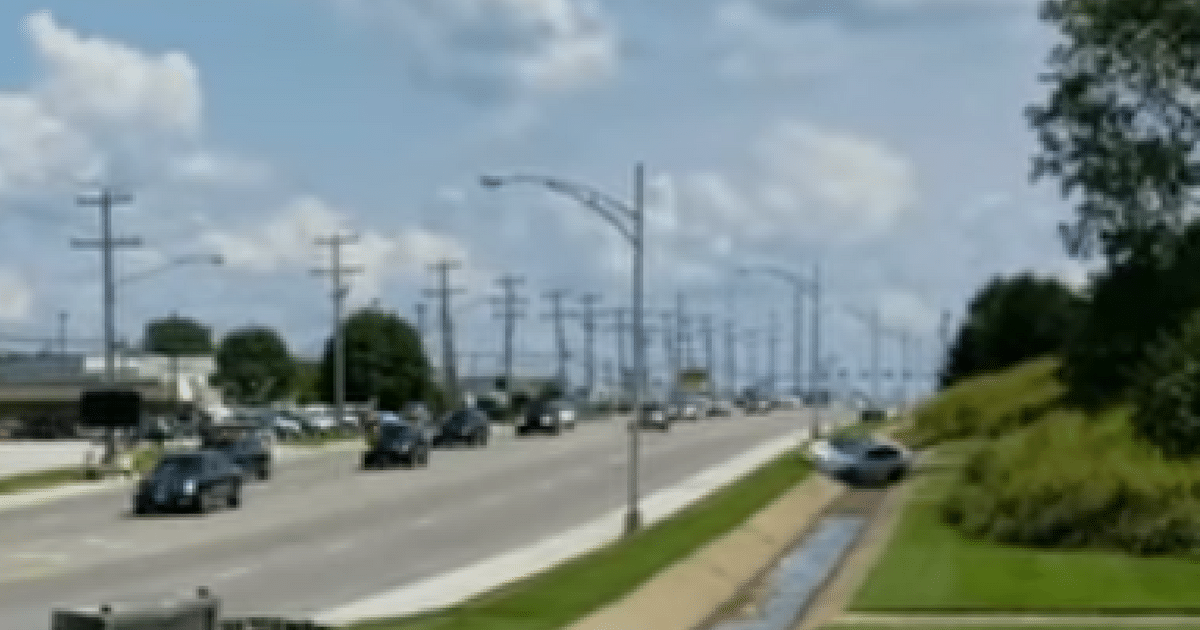 Sometimes, the obvious answer to an uncomfortable question is well…uncomfortable. So we ignore the question. And we shouldn’t.

He’s certainly threatened by angry libs more than any president in history. And there’s every reason to believe he’s constantly in danger. It’s why the Secret Service has such a difficult job.

So, with all that danger, threat, and hatred, here’s your difficult question: how in the world does a random car manage to speed straight towards Trump’s motorcade? And how does the driver get away with such an implausible explanation?

I mean, ‘hey, my brakes failed,’ is your excuse? For almost ramming the POTUS with your car? And the Secret Service…bought that?

President Donald Trump flew to Springfield, Missouri, and gave a private address on tax reform at the Loren Cook Company at 1:30 p.m. on Wednesday. While in Springfield, he traveled by motorcade from Springfield-Branson National Airport.

The ‘incident’ consists of a car coming out of the woods, out of nowhere, and nearly hitting President Trump’s motorcade.

Now, if that sounds ominous to you, you’re not alone.

(“Oh, my gosh! Look at that car that just came out of the woods,” one said. “That car right there just drove out of the woods!” are not the words I want to hear when I’m being protected by the best of the best.)

Fact is, this could be one of two things: an unfortunate accident. In which case we should just be thankful that no one was hurt.

Or a failed attempt to harm the president. Or a trial run. In which case, we need to be on guard. And so should the Secret Service.

I’m hoping, of course, that it’s the former. And the authorities seem to agree.

The car’s brakes malfunctioned, and police suggested there was not a serious threat. Clayton Hefner, the man who recorded the incident, said he found the entire ordeal a “little odd.”

But it’s things that are a ‘little odd’ that sometimes add up to disasters.