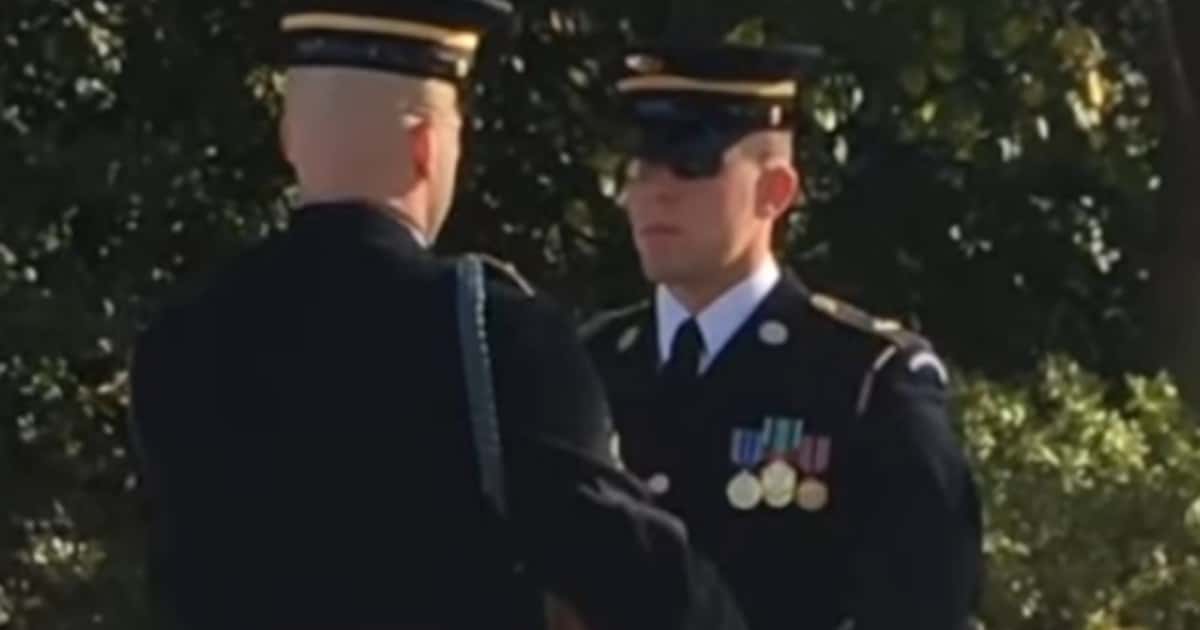 If there’s one thing that makes the US military the best in the world, it’s this: discipline. And there’s no better example of it than this video.

Which is why it’s a good sign when a soldier standing honorary guard doesn’t move, flinch, or quit. Even when he stabs himself in the foot.

A video taken of the Changing of the Guard ritual at the Tomb of the Unknown Soldier at Arlington National Cemetery captured the extreme discipline and professionalism of our soldiers.

The relieving of the guard usually goes without a hitch — most of the time.

However, a video by YouTube user H Heman captured the moment when something did go wrong — and it also revealed how soldiers reacted when it did.

The Tomb Guard Commander accidentally lost his grip on the rifle, causing the bayonet on the rifle to pierce the guard’s foot. Amazingly, the unidentified guard’s expression never changes. He winced in pain but remained composed as the ceremony continued.

And my favorite part:

He even finished the ceremony with blood coming from his shoe.

Considering you’re on your feet the whole time, the soldier’s professionalism is remarkable. He’d have to be feeling the pain with every step.

If you’ve forgotten, the Tomb of the Unknown Soldier is guarded at all times, with changes every hour or every half hour. It’s one of the greatest displays of loyalty and honor in US military history.

This guardsman is a fine example of that same honor. Hats off to him, and to all US servicemen and women. 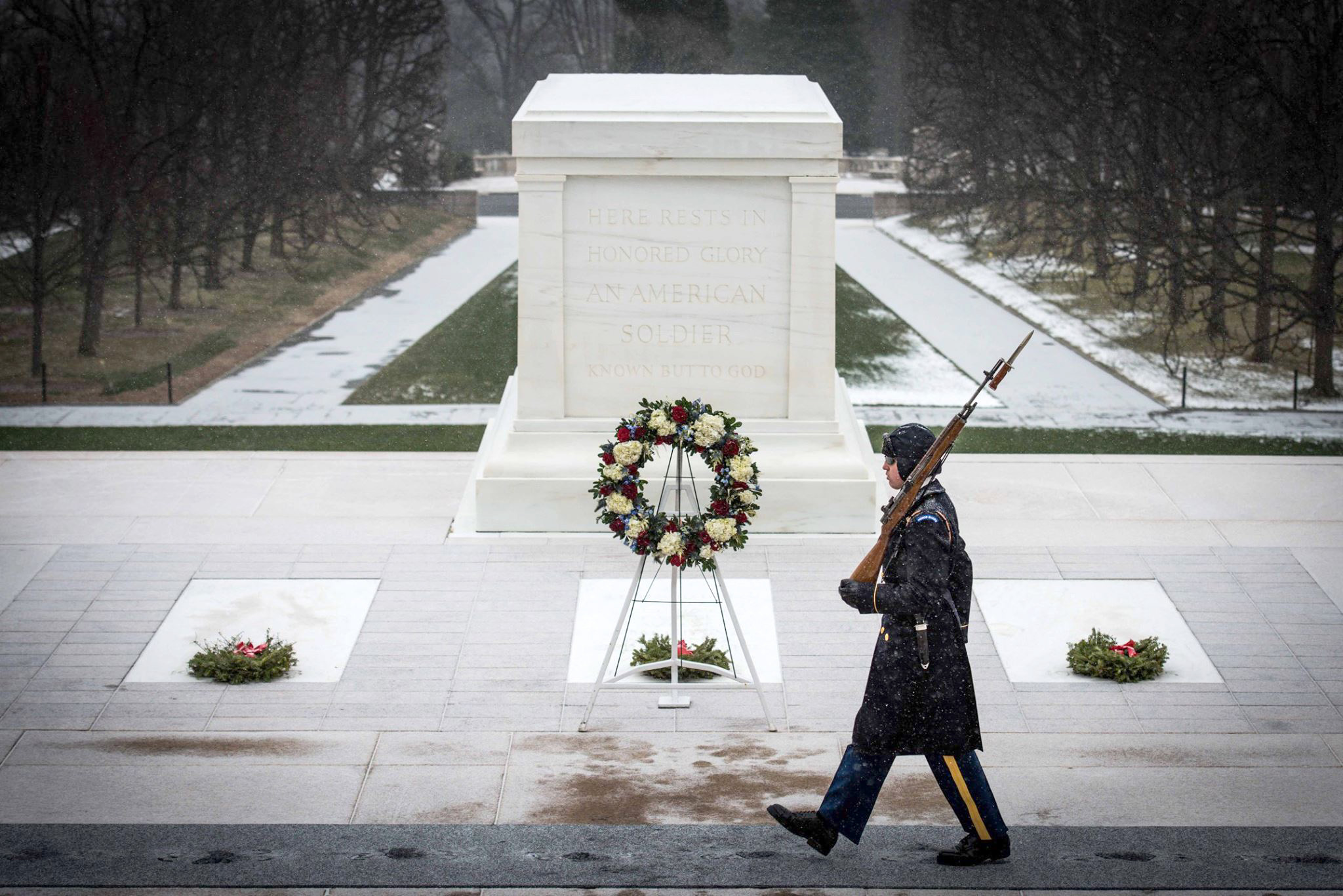