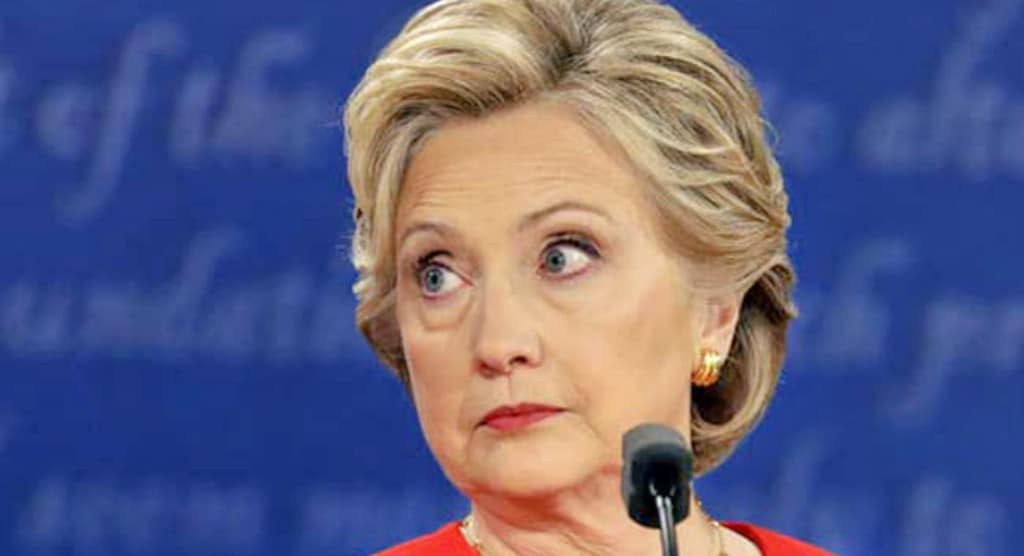 Hillary Clinton is going to be publicly humiliated by Donald Trump. And Trump isn’t even going to notice.

Reality is so sweet sometimes. What a time to be alive.

It’s difficult to imagine a worse way to handle losing a major campaign than the way the Clintons reacted on November 8th. Refusing to acknowledge your loss, crying like a toddler, and rejecting any and all responsibility – all great things to do if you’re doing your best to keep from being an adult about the situation.

And if you’re really dead-set on avoiding reality, try to place blame on someone else – anyone else – like hackers, or ‘racists,’ or Russians. Anyone but you. But keep in mind that no matter how much you avoid the truth, there will come a time when you have to face it.

And for all of us who have waited, patiently, for Hillary Clinton to face the truth – for those of us who have watched her dodge FBI investigations, subpoenas, ethics committees, and Congressional hearings – our moment has finally come. Because Hillary is going to be at Trump’s inauguration, and will have to witness every minute of it.

From the New York Post: “It will be the second major event in Trump’s life that the Clintons have attended. They were also in Palm Beach, Fla., for his 2005 wedding to then Melania Knauss.

Also Tuesday, ex-President George W. Bush and former First Lady Laura Bush announced that they, too, will be at the inauguration. Bush’s brother, Jeb, was a frequent target of Trump’s sharp attacks during the presidential race.”

Clinton’s attendance is especially gratifying when contrasted with the mature and adult response of George W. and Laura Bush. Jeb Bush, after all, was humiliated himself during the Republican primaries, but you don’t see him or his brother crying about it and blaming their defeat on scary foreigners. They know that politics are messy, and they recognized that Trump played the game better than they did. Hillary could learn a thing or two from Jeb’s maturity.

Trump’s historic inauguration will be attended by a number of American leaders – and, quite possibly, one very important foreign leader – but it’s safe to say that the most gratifying, for all true conservatives, is Clinton, who will finally see her dreams of power and absolute control come crashing down around her.

It’s really one of the most beautiful sights you’ll ever see.