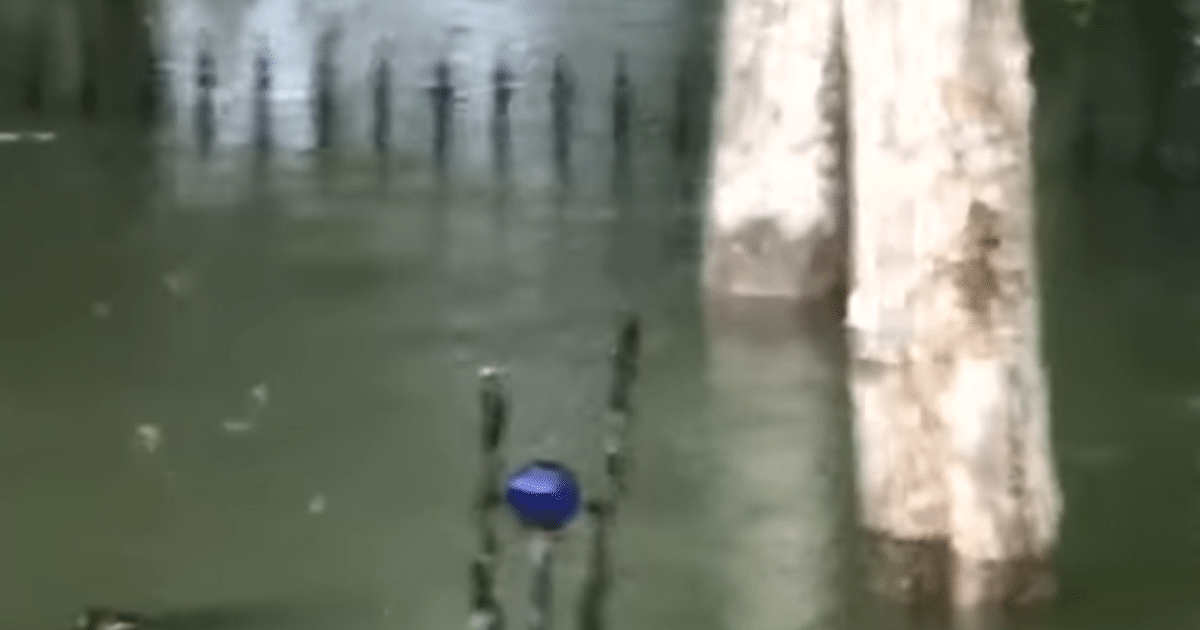 The big problem with a flood isn’t just the water – it’s everything that comes with the water. Especially the unexpected things.

And that’s not even accounting for the wildlife. Floating fire ant colonies? Check. Diseased and dead animals? Check.

Alligators in your front yard? Double-check. Just make sure you get a video.

While many residents were forced to evacuate parts of the state, Arlene Gonzalez Kelsch of Missouri City, Texas, decided to stay put.

In light of the flooding, Kelsch’s backyard had become a swamp. And along with her new backyard landscape came some unwanted animals.

The incident took place Saturday afternoon, where she recorded a video and uploaded it to Facebook.

(The video’s already found its way to YouTube. Kelsch is an unexpected star.)

If you’re wondering where in the world alligators came from in Houston, of all places, you’re not alone. But they’re not uncommon. And more than one person has been worried that gators would find their way to residential areas.

One of them was this man, whose Beaumont alligator sanctuary holds over 350 of the reptiles. And he’s worried that their enclosures will flood, and allow them to escape. And that’s just an awful lot of gators swimming around in Houston.

In all likelihood, though, Kelsch’s gators probably came from any one of the nearby rivers. And more than one person has been sounding the alarm about this possibility.

It’s a somewhat frightening sight, but take heart: unless you decide to get close and pet it, you’re probably not going to suffer a gator attack. And, for the record, I really wouldn’t recommend trying to pet a floodwater gator. You’ve got too many other things to worry about in a flood.

Like the ants. Get hit by a colony of these, and you’re in for a rough few days.

I think I’d rather have the gator, actually.