One of President Trump’s biggest promises during the campaign was to care for the nation’s veterans.

Far too often the men and women who served this country during times of war have been forgotten.

Obama, whether part of the cause or not, didn’t do anything to help the situation at the VA. Which is one reason why most members of the military can’t stand the guy.

Our veterans fought and were injured — sometimes seriously — to keep us safe and free. Yet the agency created to provide for them has consistently let them down.

Veterans have trouble finding work; many are homeless. Those that are sick, physically or mentally, are denied health care, or put on long waiting lists intended to let them die.

President Trump has been strongly critical of the VA because of the many instances of corruption and incompetence.

Most military members are happy to have Trump take office, mainly because of his promises to fix the VA. And in order to fulfill those promises and take care of our veterans, the first step is to set that agency straight.

The person to do that is the man appointed to run it.

Physician David Shulkin headed toward likely confirmation as President Donald Trump’s veterans affairs secretary, after offering repeated assurances Wednesday to sometimes skeptical senators that he will work quickly to meet the medical care needs of millions of veterans without dismantling the beleaguered department… 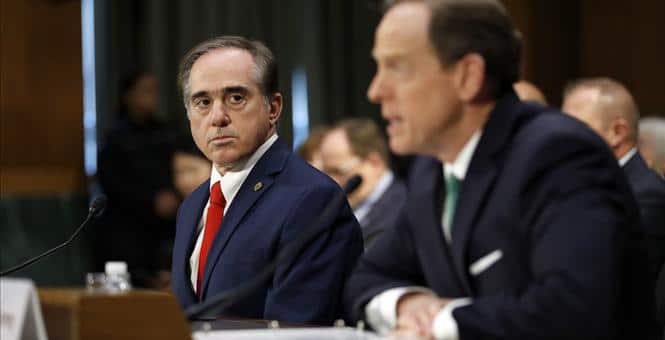 “VA is a unique national resource that is worth saving, and I am committed to doing just that,” Shulkin said.

Shulkin has served as undersecretary of health for the VA and is credited for improving the disgraceful practices that have denied veterans their care.

While Trump called for strong measures to repair the VA, including cleaning house, mass firings, and other measures, Shulkin thinks he can restore it from the inside out.

“VA has many dedicated employees across the country, and our veterans tell us that every day,” Shulkin said.

With support from some of the largest veteran’s organizations in the country, most believe he will be confirmed with little resistance.

The bottom line is, there needs to be many reforms and changes to the current system.

Waste must be addressed, incompetent or corrupt employees must be fired, and new steps must be taken to ensure our veterans get the help they need.

If Shulkin is the man for the job, we’ll see changes coming very soon.