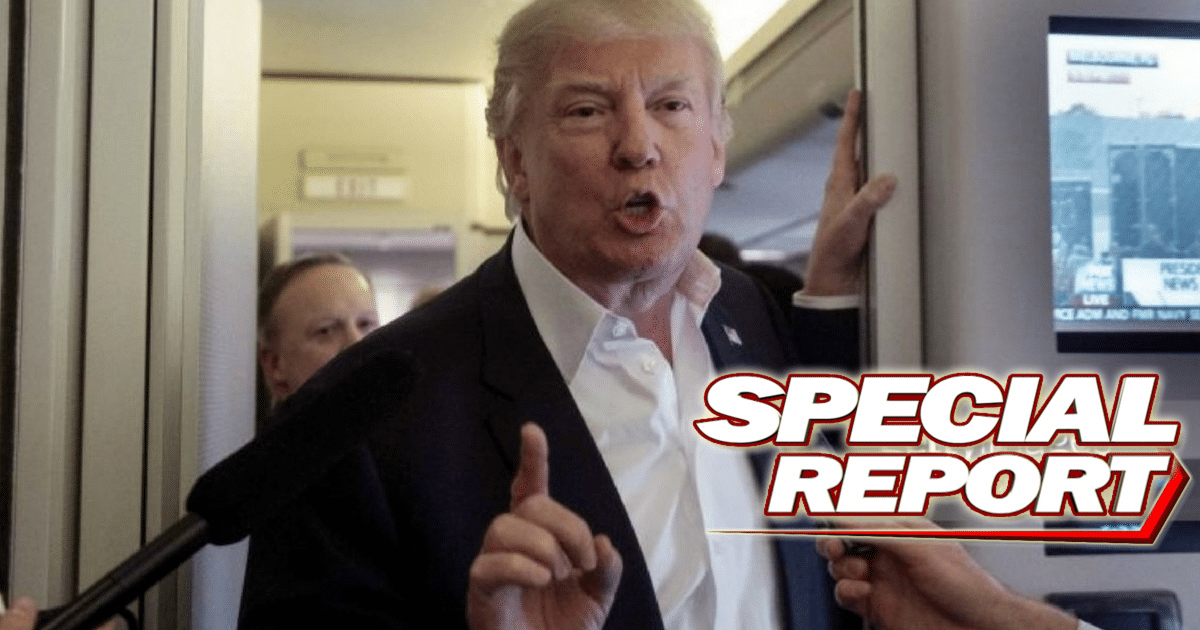 The world watched as President Trump made his first trip to the Middle East.

Everyone was eager to see how this business mogul and no-nonsense leader would behave among Muslim rulers. Trump has used strong rhetoric for years, decrying radical Islamic terrorism. He’s taken a strong stance against extremism.

But how will he behave when face to face with some of the most powerful Muslims in the world?

We all know how Obama behaved, like a child curtsying before his elders. But not only did Trump refuse to bow before the Saudi’s, but he gave this command to everyone — especially the liberals — joining him on this trip.

Thank God we have a man back in the White House.

Last words from @POTUS before deplaning Air Force One: "I catch one American bowing here and you're on the next Saudia flight home"…

With so much on the line, Trump wasn’t going to leave anything to chance. Fox News reporter Steve Cortes was on board Air Force One, sitting with the press pool as Trump addressed everyone on the plane. The president made it very clear what he expects from the press and his staffers, and the Americans deplaning from Air Force One got a huge wake-up call.

Americans across the country reacted to Cortes’ tweet. Finally, we have a president that understands Americans don’t bow to anyone. But, of course, this caused many of the liberal press on board to freak out, knowing Trump wasn’t fooling around, if he learned that any of them bowed to a Saudi, they’d be packing their bags and sent back immediately…

As President Trump deplaned with First Lady Melania, the press pool looked on, shocked by the red carpet treatment and fanfare that Trump received, something that Obama never got, even though he constantly gushed about his love of Islam.

Isn’t that amazing? Once again, we learn that the rest of the world views our president much differently than our empty-headed liberal elite.

They were expecting a cold reception, thanks to President Trump’s strong stance towards the Muslims world. Instead the Saudi’s rolled out the red carpet for a man whom they wanted to please.

The Saudi’s know they need to get on Trump’s good side. Trump is a man that has made it his goal to stomp out radical Islamic terror. Unlike Obama, who wanted to play games with Muslims leaders, Trump came from a position of strength.

That’s why he gave that order to the people on the trip with him. We are Americans. We don’t bow to foreign rulers, literally or figuratively. For eight years, we had a leader who took a back seat to global affairs, often at the detriment to U.S. citizens. He bowed on numerous occasions, through word and deed. Not anymore.

If that region of the world truly responds to strength, then we are in good hand with President Trump.