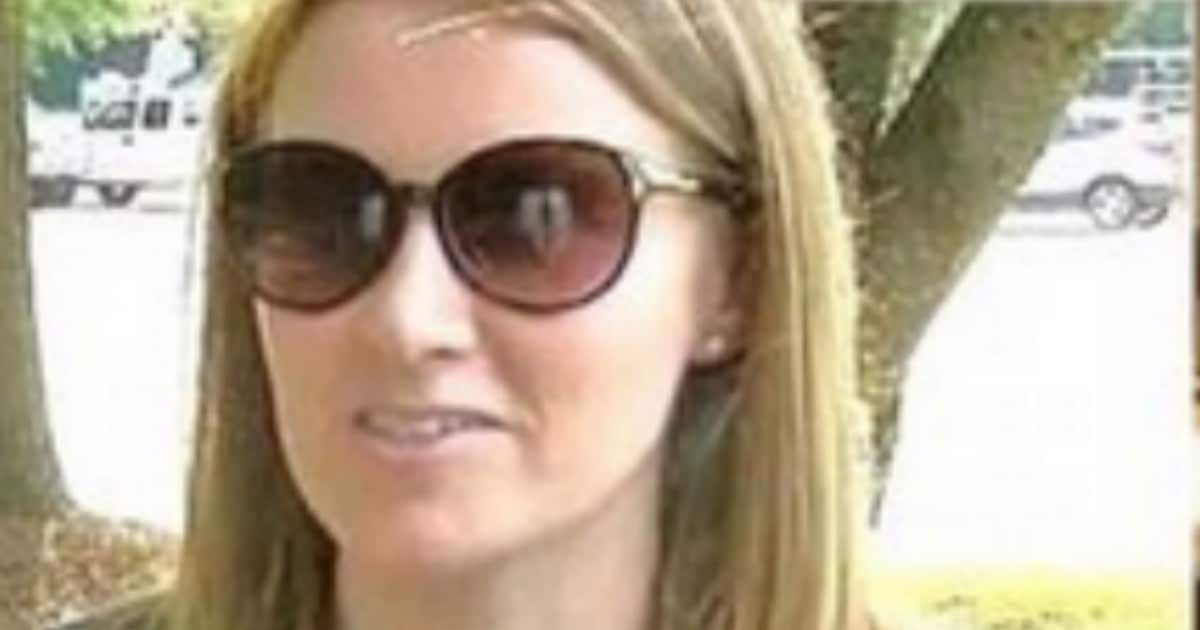 Trump haters want to persecute supporters of the President.

They attack Trump supporters and ridicule them online. They want us to believe that we are the minority, despite Trump’s massive victory.

Even workers at a Starbucks ridiculed a paying customer because of her support. But as it turns out, she was not alone.

They were behind the counter, laughing and mocking her as other customers looked on.

When she received her beverage, she noticed it didn’t have her name, but instead the words “Build a Wall.” The story went viral, and Starbucks issued an apology. But, things didn’t end there… 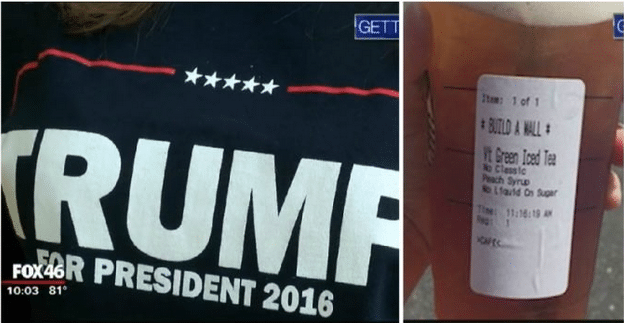 Fed up with all the Trump-haters who think it’s their right to ridicule people who support the president, the Trump supporters took action.

They decided to get as many Trump fans as possible to show up on Saturday, June 24th at 2 pm at that same Starbucks, wearing Trump gear.

They then went inside, ordered coffee, and just hung out, showing the baristas that there are quite a few “Trumpsters” that live nearby and it’s not okay to mock and ridicule anyone over their political beliefs. The lesson they were teaching those liberal losers is “this still is America.” 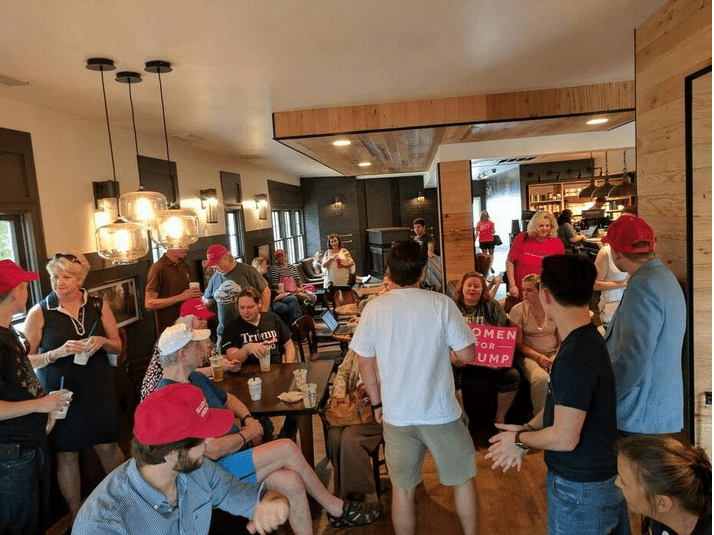 The arrogant, liberals of our society need to learn that there are millions of us who support our President. They need to realize there are more of us out there being vocal in our support of Trump than there are against him.

We believe in his leadership and his plans to make America great again. And we know that the attacks against him and his administration are merely pathetic ruses created by a dying left.

These Trump supporters also showed the liberal staff how real Americans behave. They didn’t attack the Starbucks, or assault its employees. They didn’t behave like many liberals these days and inflict harm.

Instead they showed up with a positive message of support for Trump and provided business for the coffee shop. The initially tense moment turned into a fun meeting of customers who support the president.

Quite a difference from Antifa, isn’t it?