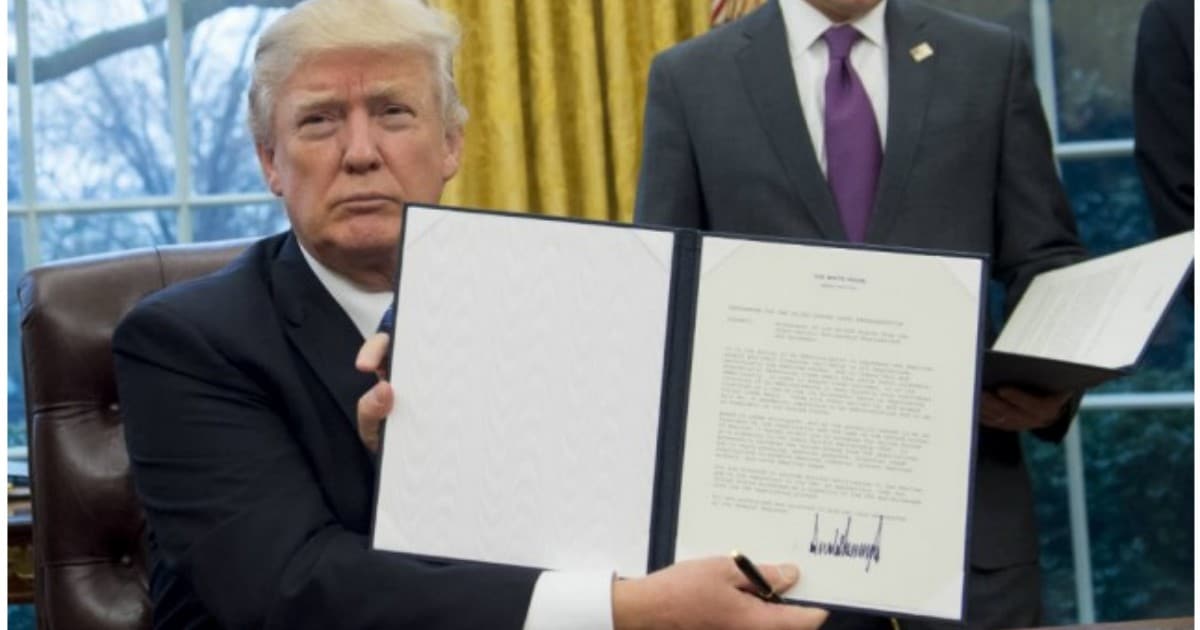 Sometimes, the solution to a problem is so obvious, you’ll wonder why you didn’t see it much sooner. Trump sees it.

President Trump’s numerous successes in office thus far have nearly all been of one variety – commonsense solutions to big, bulky, bureaucratic problems.

Dictator doing evil? Just blow up his airstrip. Jobs leaving the US? Pass legislation to make it cheaper for them to work here. Simple.

Well, the Veterans’ Affairs health care system is next in line for fixing. Long lines, corrupt workers, terrible care, and overall mismanagement were the norm, thanks to Obama.

And given the root of the problem – simply too many patients, and not enough doctors – it’s not the kind of problem that’s fixed with a simple, commonsense solution.

Unless you’re Trump. In which case the solution is easy – just pass legislation that will allow vets to see any doctor they want, and still be covered.

Which, to be fair, is pretty commonsense, and solves the problem instantly.

President Donald Trump took another step toward ensuring that the country’s veterans can receive health care when they need it.

On Wednesday, the president signed legislation that temporarily expands a program at the Department of Veterans Affairs that allows patients to seek care from private doctors if they opt to bypass the VA’s broken system.

That program is called the Choice Program, for obvious reasons. And it was going to expire on August 7. Now, thanks to Trump, it’s going to continue.

There’s a couple hidden points in Trump’s solution here that deserve mentioning. And they’re all commonsense.

First, Trump is letting the Choice Program continue until the money set aside for funding it runs out.

And that should be an obvious choice for any lawmaker – if you’ve created a program to buy you time, so that you can fix your own organization, why wouldn’t you want as much time as possible?

And yet, for some reason, Trump is the only one to see that this is the obvious choice.

Second, letting vets see the doctor of their choice all the time, every time, seems like the best long-term solution.

But that won’t happen until Congress approves the changes. And what better way to encourage that change than by getting vets used to going to whatever doctor they want?

Believe me, they won’t want to give that up. And Congress will be in a corner. That’s tough negotiation.

We elected the right man.