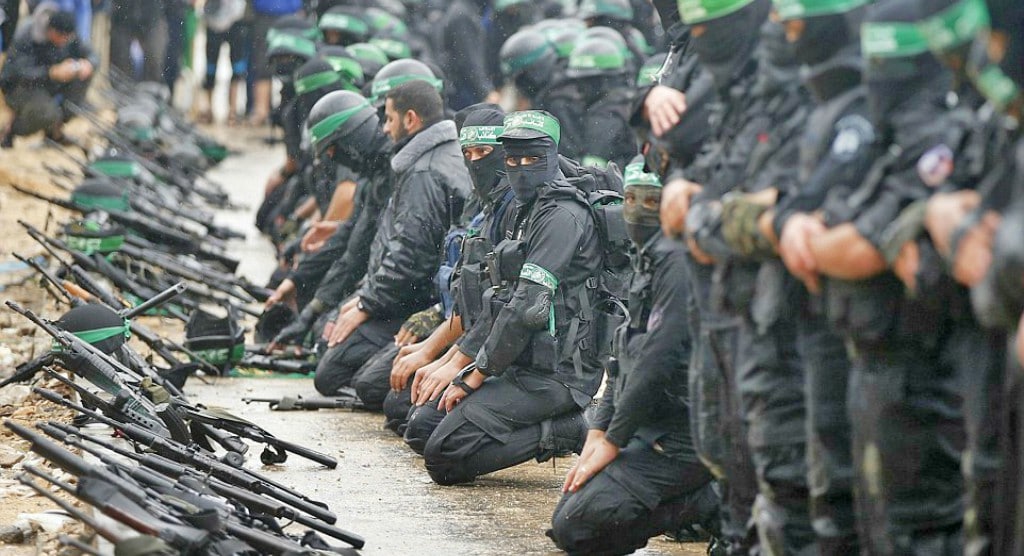 Anyone even remotely familiar with Mideast history knows Hamas: an anti-Semitic terror group that has managed to bomb, kill, assassinate, and murder Israelis on its way into the upper ranks of mainstream Palestinian leadership. Hamas has made it quite clear that its ultimate goal is to drive Israel into the sea, and eliminate Jewry from the Mideast entirely.

It’s no surprise, too – Obama and Hamas share ties with the Muslim Brotherhood. They share a belief that Israel should retreat to its pre-1967 borders. It’s not much of a stretch to imagine that they coordinated political attacks on Israel itself.

Sadly, with Obama gone, it looks like the anti-Israel terror-funding and hate speech will continue – an organizer for the Women’s March on Washington has ties to Hamas. The Daily Caller reports: “Linda Sarsour, one of the organizers behind Saturday’s Women’s March, being held in Washington, D.C., was recently spotted at a large Muslim convention in Chicago posing for pictures with an accused financier for Hamas, the terrorist group.

Sarsour, the head of the Arab American Association of New York and an Obama White House ‘Champion of Change,’ was speaking at…the Muslim American Society and Islamic Circle of North America.

While there, she posed for a picture with Salah Sarsour, a member of the Islamic Society of Milwaukee and former Hamas operative who was jailed in Israel in the 1990s because of his alleged work for the terrorist group.” It gets better. “Salah…has other family ties to alleged Hamas operatives. Though she avoids discussing it now, Sarsour has acknowledged in past interviews that she has cousins serving prison time in Israel because of their work for Hamas.”

In case you missed it, let’s recap: the organizing head for the Women’s March, the disruptive and angry protest that followed President Trump’s inauguration, is related to known terrorists and a known terrorist group, and she has no problem posing in pictures with the men who provide money and supplies to those very same terrorists.

Also, Obama honored her with awards and titles. Lest we forget.

At one time, liberals would at least try to hide their terrorist sympathies from the public. Now it looks like they’re not even trying anymore. President Trump, on the other hand, tackled ISIS his first day on the job.

Rest up, terrorists. You’re going to need it when Donald comes calling.