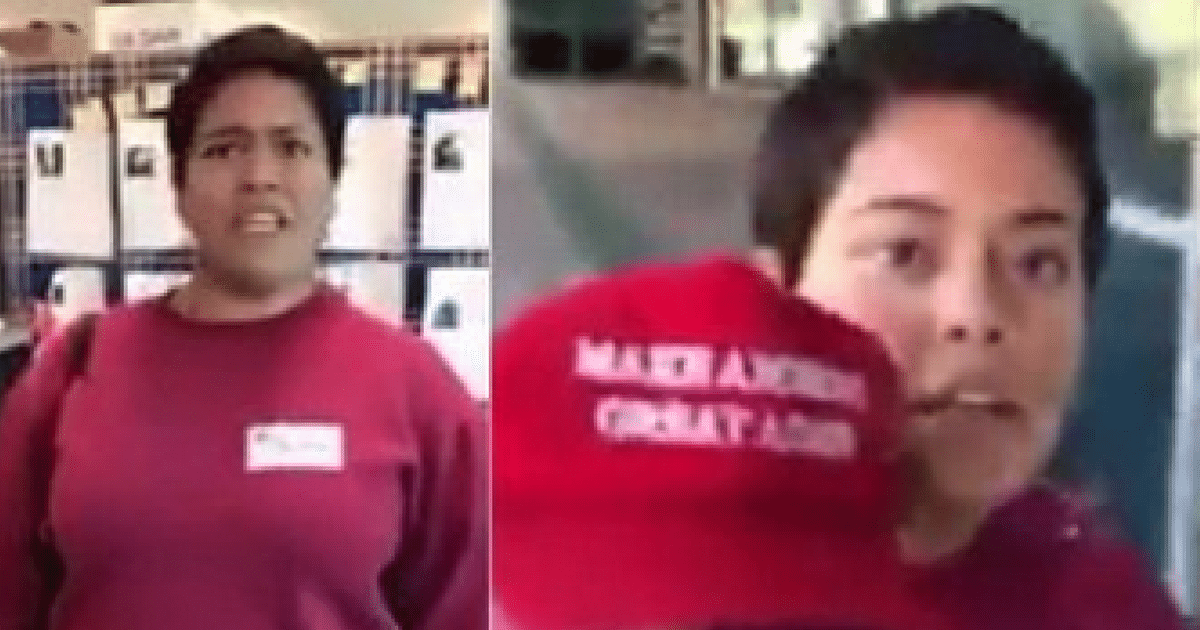 You ever hear about an injustice, fume about it for a bit, and then forget about the moral and legal implications of what the Left has done as another liberal amoral gets away with what would be a crime in any other Democratic circle?

(It’s a long way of asking if you’re furious about Democrats getting away with high crimes while Republicans are held hostage to an insanely detailed standard. You should be pissed.)

Fact is, while the FBI investigates every fake nook and cranny of the Trump team’s ties to Russia, the real evidence of Hillary’s evildoing disappears into the archives. It’s a standard Fake News strategy – ignore the real crimes, and the Fake Crimes will provide some cover.

So it’s fitting, I guess, that one of the few instances of actual, viable Democratic crime is finally – finally – being prosecuted.

Remember that college snowflake that stole the MAGA hat and threw an absolute b****fit?

A student at the one of the most liberal colleges in the state, University of California Irvine, that stole a “Make America Great Again” hat off a fellow student’s head now must face the consequences.

We covered the story of super-liberal Edith Macias and her hat theft a few months back. It was one of several stories of theft, all at the hands of lib snowflakes who didn’t seem to grasp one simple concept: you can’t just take things from other people that aren’t yours.

No matter how much you don’t like their president.

From that simple concept, of course, comes a second: stealing has consequences. Especially if there’s proof.

Macias herself posted the video of her grabbing the hat off Vitale’s head on Facebook along with a note.

“’Make America Great Again’ coded ‘Continue the Genocide of POC’. You feel safe cuz you got the cops and politicians on your side. Youre [sic] not safe… just saying. We need to make racists scared.”

Macias could be facing up to a year in county jail.

Nothing says ‘self-incrimination’ quite like a video of a crime that you committed yourself…and posted yourself…with a status update that states, clearly, ‘this is me committing a crime, and I don’t care what you think about it.’