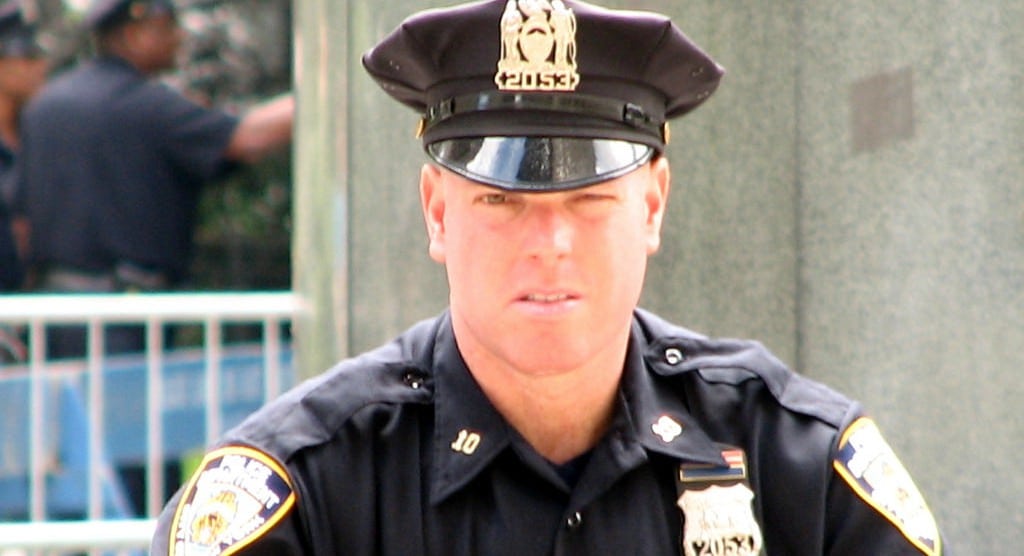 Nothing much needs to be said about anti-Trump protestors, the crowds of human disease that burned cars, broke windows, and blocked ambulances from getting to hospitals.They will have to answer to God.

But it’s nice if they also have to answer to cops. Or to the pavement.

Protestors got an early Valentine’s Day present the other day. One of them was tackled by a fed-up cop. The message was very, very clear – protest all you want, but if we say ‘clear an area,’ you damn well better clear an area.

They were warned, but still persisted. NYPD started arresting people at #NoNosVamos march for obstructing traffic. Thank you, NYPD! pic.twitter.com/5Pl69TfpUf

Cops are well within their rights to do this. Keep that in mind – with all the jobless dropouts screaming in the video, you would think the cop was actually killing the protestors.

Rather than, you know, protecting the citizens with jobs, who would just like to use the street. I wasn’t the only one who thought so, either. “If more police departments round this country would stop worrying so much about the media and its’ left-wing agenda and didn’t hesitate to respond to calls like the NYPD did…then idiot people in this country would stop blocking traffic and regular everyday folks as a way of ‘protest’ for whatever their twisted ideological mess they are trying to spew at the time.”

Put another way: your right to protest ends where my right to drive begins. So please, move out of the way.

Lest liberals start to scream ‘racism,’ with the snot and the sobbing and whatnot, watch the video again: one of the cops protecting the tackled protestor is black.

He’s standing right in front of a ‘Black Lives Matter’ sign. It’s the ultimate sad picture – a man who made something of himself, standing in front of people who believe he never could.

Because the system is rigged against him, and whitey, or something.