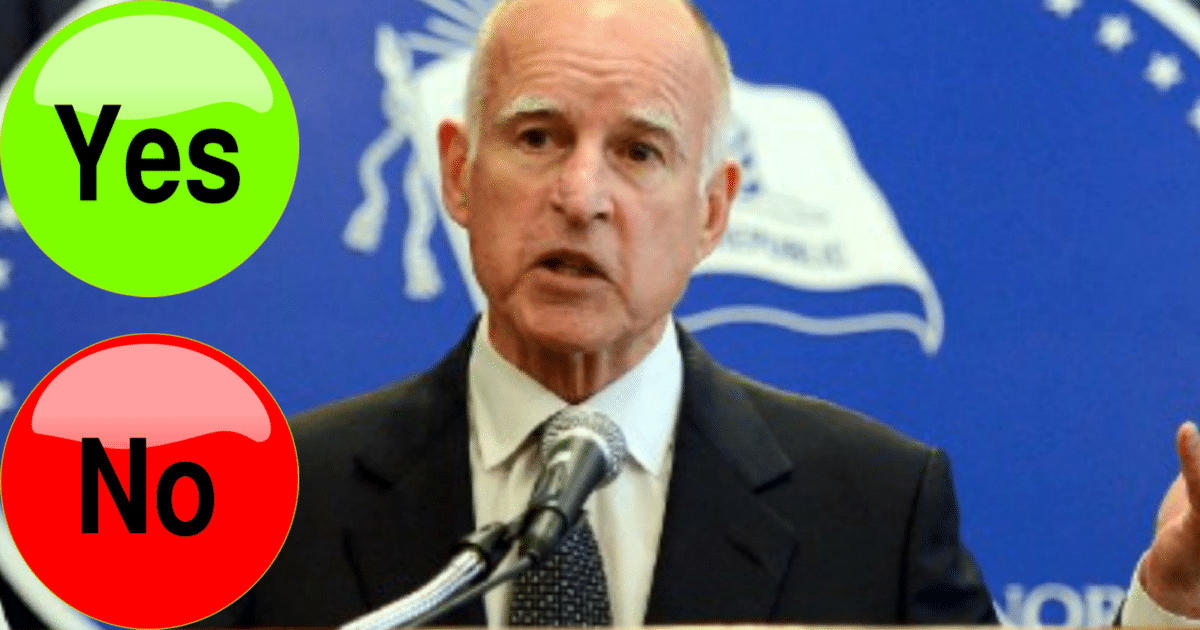 Gov. Jerry Brown is in the conservative black book. He calls California taxpayers freeloaders for not wanting to pay more taxes, even though California already has one of the top ten highest tax rates.

He spends millions of taxpayer money on the legal defense of illegal immigrants, while the infrastructure of his state is crumbling. So it goes without saying that many Americans would love to get him out of office.

Let your voice be heard America! Vote below!