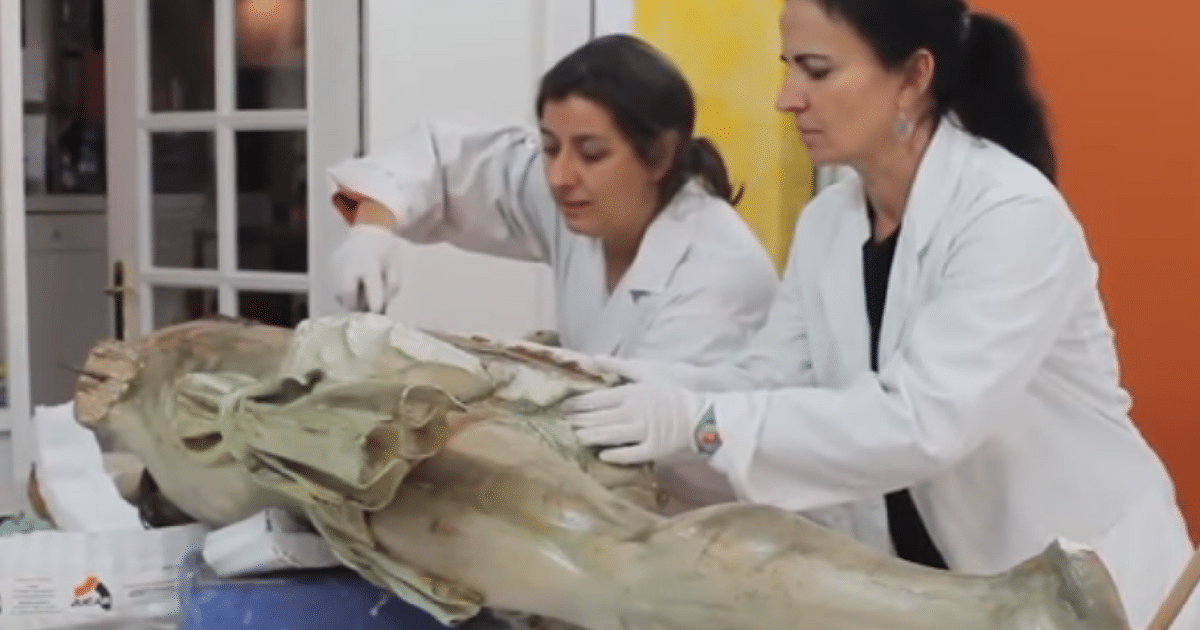 Always be skeptical if someone tells you that they’ve received a message from God. It usually means they’re trying to justify doing something drastic and dangerous.

Of course, there is the occasional exception. Sometimes God speaks to individuals. And it’s almost always strange – Moses heard God’s words through a burning bush. Jonah got the message inside the belly of a whale.

While on a journey through the wilderness, Balaam heard God speak through an ass. So did these restoration workers in Spain.

At least, that’s the best way to describe finding a hidden 240 year old message inside the rear end of a Jesus statue.

A statue of Jesus Christ on display at a cathedral in Spain has been hiding a secret message for hundreds of years in the most unlikely place.

It was tucked away in a hidden compartment in the statue’s rear end.

Yeah, we…we are not making this up.

The statue had been removed from a church in northern Spain for restoration when workers noticed the hidden compartment beneath a cloth that covered the statue’s butt.

Inside the statue was a letter penned in 1777 by Joaquín Mínguez, a chaplain of the cathedral. Mínguez’s letter discussed the statue and detailed what life was like in the community 240 years ago.

I guess I don’t’ understand a 240-year-old chaplain. But I still think his message is interesting – and not just because it’s in the butt of a Jesus statue.

Mínguez described popular games of the day, including cards and ball, and noted that typhoid and malaria were common. He also revealed that the main crops were wheat, rye, barley and oats.

“The harvest has been plentiful for many year.”

Also, if I forgot to mention it, where it was found. Did I mention that? Because a message from a long-dead pastor, found in the butt of a Jesus statue, is interesting, no matter what the message actually says.

Joaquín Mínguez clearly knew how to get people’s attention.

And the restorationists in Spain clearly knew how to honor his message.

A copy [of Mínguez’s message] was returned to the statue’s hindquarters for posterity.