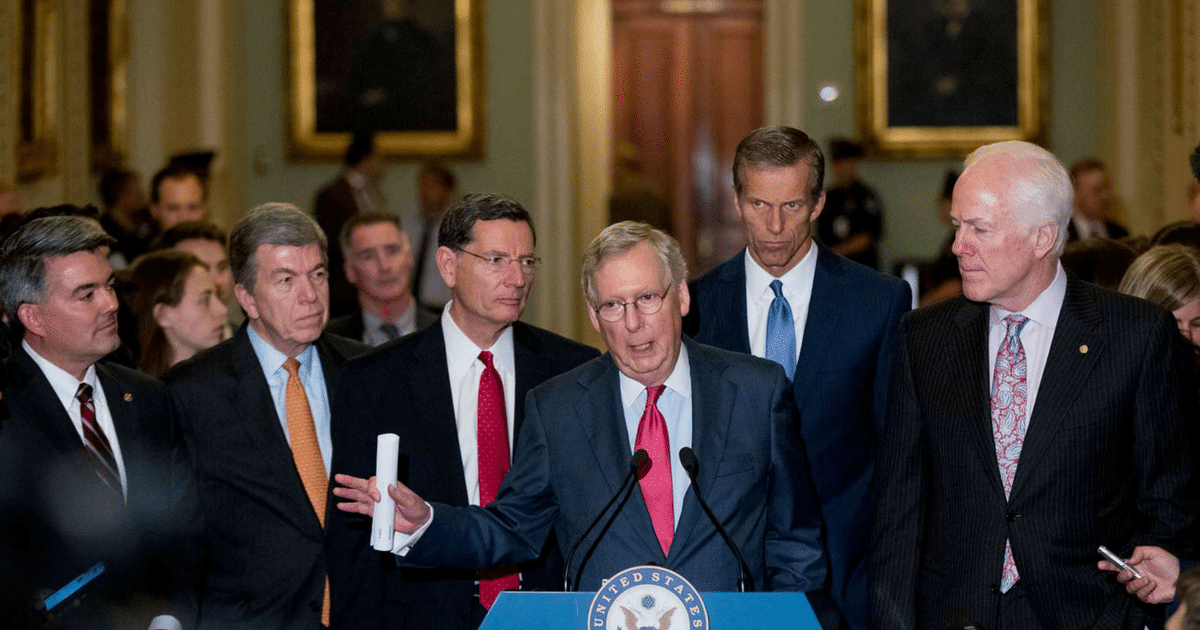 In the wake of last year’s election, optimism was high that the Republican Party was going to finally be able to get some things done.

Control of the White House, Senate, and House pointed to blue skies and smooth sailing. Fast forward to today, and it remains unclear where the storm clouds and choppy waters came from.

The GOP seems to be incapable of getting out of its own way. The most glaring example of that comes in the form of the Obamacare debacle. For years, Republicans yammered on about how they would fix it…if only they could.

They’ve been in position to do that, but they have fumbled the ball at the goal line each time.

Unfortunately, it’s not as easy as benching them for new players – we’ll have to wait for midterms for that.

In the meantime, members of the GOP would be wise to get the message that their inability to make things happen is coming across as an epic failure. We’ll take this piece of news as a sign that they may be starting to comprehend that.

Washington Examiner has the details.

Senate Republicans held together in votes on eliminating the state and local deduction Thursday, clarifying the politics around the top tax break the Trump administration hopes to kill to raise revenue for rate cuts.

On mostly party lines, the Senate voted in favor of an amendment, submitted by Sen. Shelley Moore Capito of West Virginia, supporting an end to the $1.3 trillion tax break to offer tax relief instead to middle-class taxpayers.

“We must reduce expensive deductions that do little to benefit everyday Americans,” Capito said. “That money would be better spent on the middle class.”

As you would expect, there are differing opinions on the wisdom of that step. That’s perfectly fine, but it doesn’t mean that it’s not the correct course of action.

“I wouldn’t favor eliminating that deduction unless we are lowering the tax rate enough that people in New York state, that people in Orange County, California, are paying less in total taxes,” Sen. Ted Cruz, R-Texas, said Wednesday night in a debate on tax reform with Bernie Sanders, I-Vt.

“They’re not deducting their state and local taxes, but the rate is a lot lower so the check they’re writing at the end of the day is smaller.”

Nevertheless, Democrats have rallied around preserving the break and used the opportunity to accuse the GOP of raising taxes on the middle class.

Democrats will drag their feet and pitch fits over any idea that they didn’t directly come up with, so we can consider that to be par for the course.

How is that possible? Inquiring minds would love to know, but we’ll settle for Republicans standing up and putting up more of a fight.

We’ll take the optimists view and see this piece of news as a step in the right direction. Hopefully, that will mean we won’t have to go looking for new players after all.