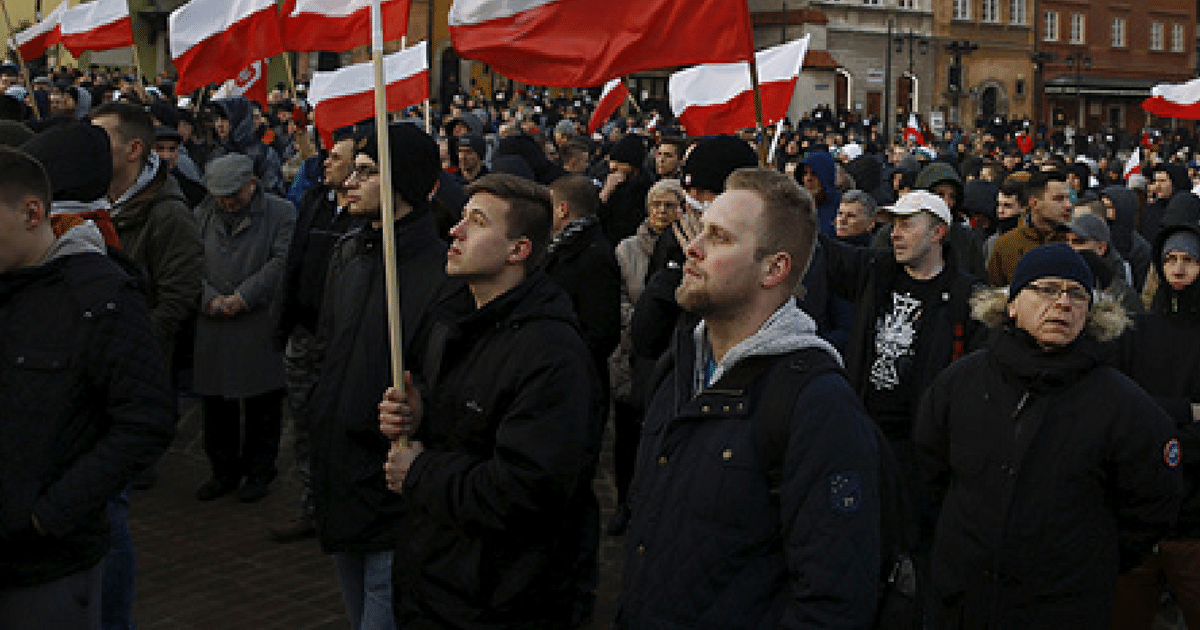 Many nations have been suffering from the unchecked migration of Muslims from the Middle East, Africa, and Asia.

Once peaceful and free nations are experiencing the lash of Muslim extremism, as these newcomers try to force their way of life onto natives. Clashes and reports of violence, rape, and terrorism are now common in Western society.

But one nation has refused to bow to the sword of Muslim invasion. Despite pressure from the international community, they are banding together with a powerful sign of solidarity at their border.

As millions of asylum seekers from Middle Eastern countries pour into the West, Poland has taken incredible measures to prevent the mass migration, including defying the European Union’s order to take in refugees.

To further ensure that dangerous terrorists don’t try to enter illegally, the country is placing something at the border that’s sure to strike fear into unwanted invaders… Just months after refusing the EU’s order to take in 160,000 Muslim asylum seekers, Poland is organizing a nationwide “crusade” in which 1 million citizens are expected to gather at the country’s 2,000-mile border to pray the rosary and declare their nation forever Christian to the Muslim invaders.

Breitbart reports that bishops from across the nation have joined forces to call all Poles to “take up their crosses” and meet on October 7 for the “Rosary on the Borders” event that will send an unmistakable message to the world that Poland will defy any threat that seeks to destroy its Christian values.

“We believe that if the rosary is prayed by about a million Poles along the borders of the country, it may not only change the course of events, but open hearts of our compatriots to the grace of God,” the organizers say on their website.

“The powerful prayer of the Rosary can affect the fate of Poland, Europe, and even the whole world,” it reads.

It’s criminal that the EU thinks it can force its will onto other nations. The sovereignty of Poland and every other state is being undermined by a tyrannical union.

It’s clear that the leaders of the EU are corrupt and blind. They do not see the damage this migrant crisis is causing to their nations and they push to make it worse.

Poland is one of the few nations in Europe fighting back. They see what’s going on in Germany, France, UK, and Sweden and refuse to let it happen there. The Polish people have suffered much in recent history.

From Nazi invasion to Soviet control, they’ve experienced terrible eras of oppression. Do you really think they are going to let that happen again?

The unchecked, unvetted migration program is welcoming millions of foreigners into Europe. Most are not peace-loving, friendly people, but economic refuges that refuse to assimilate. They trample on the values and culture of their host nations and demand far too much.

Only when the EU follows Poland’s led, with things begin to change for the better.