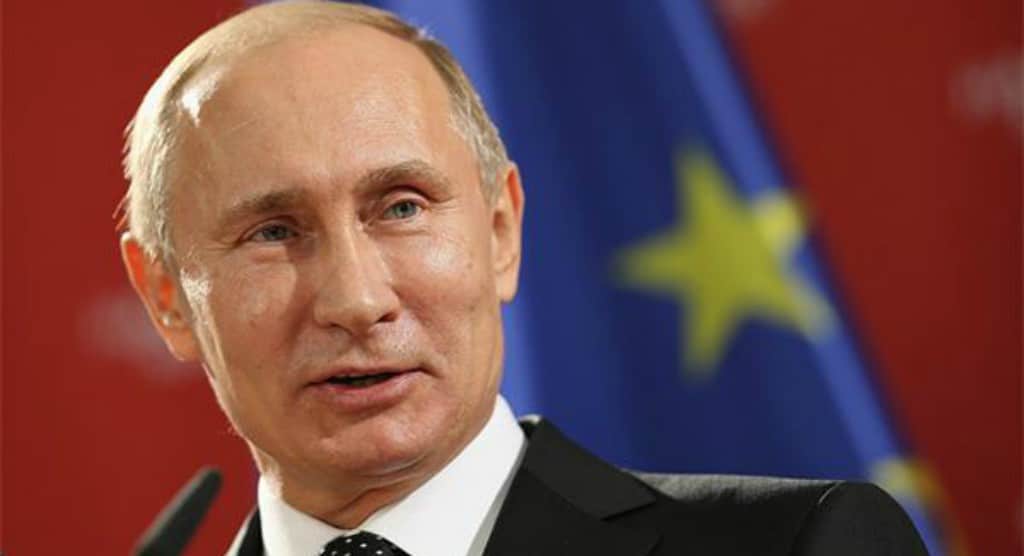 When Barack Obama refused to unseal his college transcripts, it wasn’t hard to guess why – he wasn’t that bright, and people would see it.

Unfortunately for Obama, when it comes to foreign policy, it seems that ‘stupid is as stupid does.’

In what may well be the funniest and saddest fail in Obama’s lame duck presidency, Barack has managed to humiliate both himself and the United States in front of the clearly smarter and more effective leader Vladimir Putin of Russia. And this, mind you, while Obama was trying to project strength to the Russian leader. It’s rather sad.

The issue at stake was the tired and desperate cry of ‘hacking!’ that Democrats, and Hillary Clinton, tried so painfully to use as blame for their completely expected loss in November. And while no one was surprised when liberals blamed everyone else  – anyone else – for their own problems, the ‘Russian hacking’ story was especially hypocritical: Democrats were busy blaming ‘fake news’ for their defeat, too, and yet no one had solid evidence that Russian hackers had had an effect on the election at all.

For liberals, apparently, even if there’s no evidence for something, it’s still real news, just so long as Democrats say it. Or if Obama said so. That, too.

So, with all that fake hoopla over Hillary losing the election because of some Russian in his basement halfway around the world – and not because the Democratic candidate was the most dishonest and corrupt in history – Obama decided to punish Russia for their ‘meddling.’ And in an act worthy of all the other weak-looking foreign policy blunders of his administration, he sent away the Russian ambassadors.

One can only wonder what Obama was thinking. “Mess with our elections? Well, let me buy your ambassadors plane tickets, then.” Whatever Russian is for “ouch,” I’m sure the ambassadors weren’t saying it.

Obama’s move looked weak, and was weak. Putin’s response, however, was nothing short of brilliant. It was, in fact, nothing.

As CBC reported, “Instead of retaliating for Obama’s order Thursday to expel 35 Russian diplomats…Putin insisted he would not reciprocate. And, for good measure, he invited the children of U.S. diplomats accredited in Russia to the New Year’s and Christmas parties in the Kremlin.”

That’s right, America. When Obama is really mad, he scares foreign leaders enough that they invite American children to Christmas and New Year’s parties. ISIS must be quaking in their boots.

Putin’s move is being called ‘brilliant’ even by liberals everywhere – after all, if Putin shows he doesn’t care what Obama thinks or does, why would anyone else care?