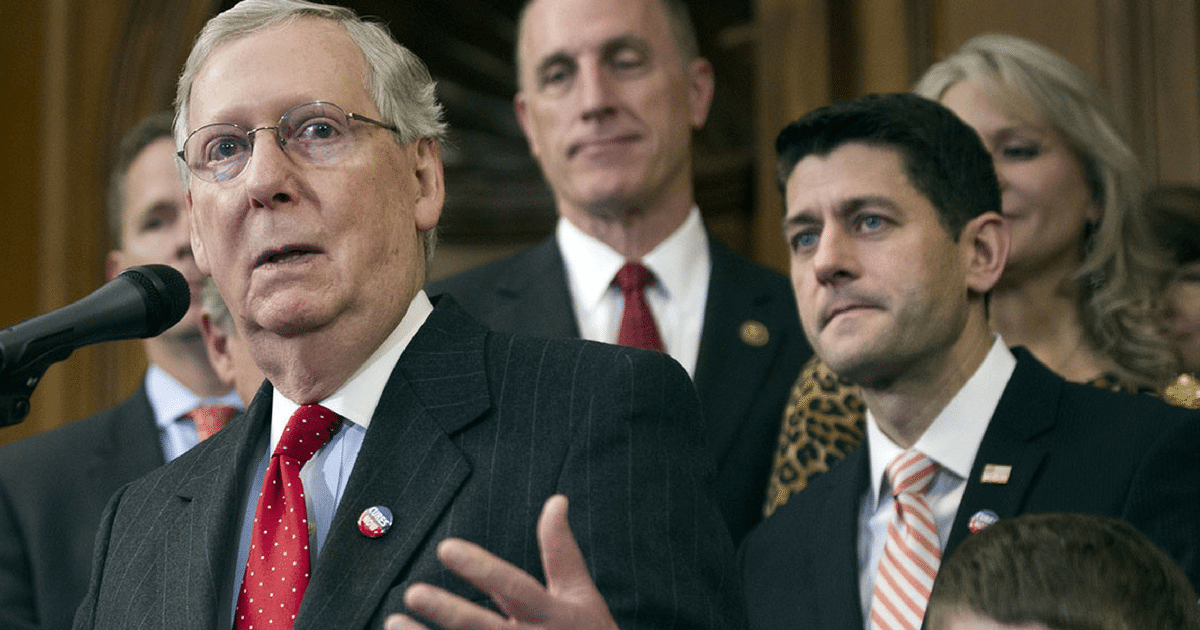 President Donald Trump has had to come to terms with many things since entering office, not the least of which is the rampant inefficiencies that plague Congress.

Disturbingly, the inefficiencies are mainly self-inflicted. While politicians do a fantastic job of promising to get things done when they’re out on the campaign trail, that doesn’t translate into action once they enter office.

We’ve seen that play out in dramatic fashion with the endless debate over Obamacare. For years, members of the GOP have been promising to repeal and replace it – if only they were in a position to do so. They’re in that position now, and they’ve continually dropped the ball while exposing themselves as being full of hot air.

Trump has had to take on a different tact to get things done, and he just stepped up the plate in a big way yet again.

President Donald Trump told a gathering of social conservatives Friday that the repeal of Obamacare will have to go through a “different route,” due to Republican congressmen failing to remember “their pledges.”

Republican lawmakers largely campaigned on promises to repeal and replace President Obama’s signature healthcare legislation, but have failed to do so despite control of both legislative chambers.

Trump has had to resort to using the extent of his executive power to dismantle Obamacare, and announced Thursday the end of a critical subsidy to insurance companies, a day after signing an executive order to encourage promotion of low-cost health insurance plans.

So why does Trump even have to take this step? Answers will vary depending on partisan leanings, but the reality is that there seems to be an overwhelming fear to upset the applecart known as the insurance industry.

“You saw what we did yesterday with respect to health care. It’s step by step by step. And that was a very big step yesterday. Another big step was taken the day before yesterday. And one by one, it’s going to come down and we are going to have great health care in our country,” Trump said at the Values Voter Summit in Washington.

Trump continues to have to call out the establishment, which is something that should’ve gone by the wayside once he entered office.

The people have spoken. They want a leader that will actually get things done. To wit, Trump is at the ready with pen in hand to make things happen.

Members of the GOP continue to fail the voters that voted them in. It would be wise for them to rethink their priorities with midterm elections right around the corner.

In the meantime, Trump has no choice but to expose them for what they are while getting things done himself.