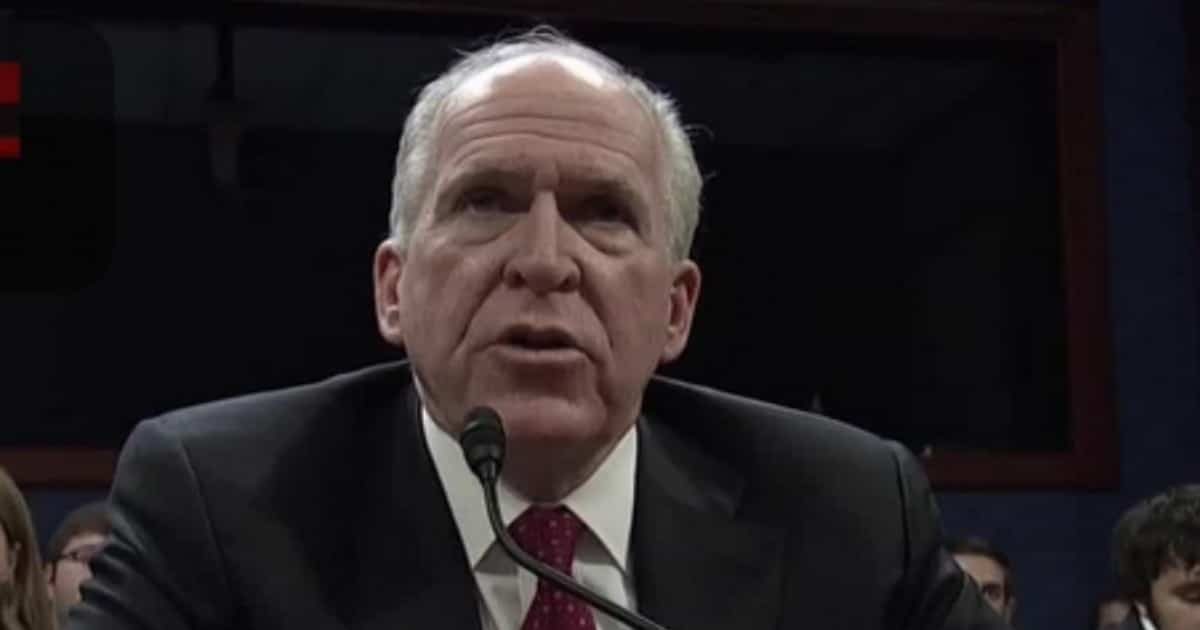 For months, the democrats have been pushing the rumor that Donald Trump colluded with Russia to “hack” our election.

Some have even gone as far as saying he deserves to be removed from office for this act. Though time and again we’ve seen no evidence that suggests Trump or his people had anything to do with the democrats’ email hacks.

Recently former CIA Chief John Brennan spoke before the House Intelligence Committee about his investigations into this possible collusion. Sitting before no-nonsense Trey Gowdy, he was forced to admit the truth.

Gowdy asked Brennan if he had seen any evidence of collusion, coordination or conspiracy between Donald Trump and Russian actors.

Brennan responded that he had seen information about contacts between Russian and U.S. actors that led him to believe the matter should be investigated further by the FBI, but declined to say whether or not he saw direct links between Trump and Russia…

“I asked you about collusion, coordination and conspiracy, and you used the word ‘contact,’” Gowdy said. “Contact could be benign or not benign. So was it contact you saw…what was the nature of what you saw?”

“I saw interaction,” Brennan said. “But I don’t know. I don’t have sufficient information to make a determination whether or not there was cooperation or complicity or collusion.”

We’ve talked about how people within the “deep state” have tried to undermine our president. Brennan is one of those people. As a former Obama-appointee and an intelligence official, he had many reasons to want to hurt the incoming administration.

His investigation into Trump-Russia conspiracies was largely fueled by a desire to hurt Trump’s campaign, then later his presidency. But when forced to spill it before Congress, he could not say there was any proof.

Even now Brennan is being evasive by saying “I don’t have sufficient information…” That means no, Trump didn’t collude with Russia. Brennan was working on this for months. If there were evidence, he would have found it.

Yet this dishonest Obama crony refuses to cop to this truth and is making excuses.