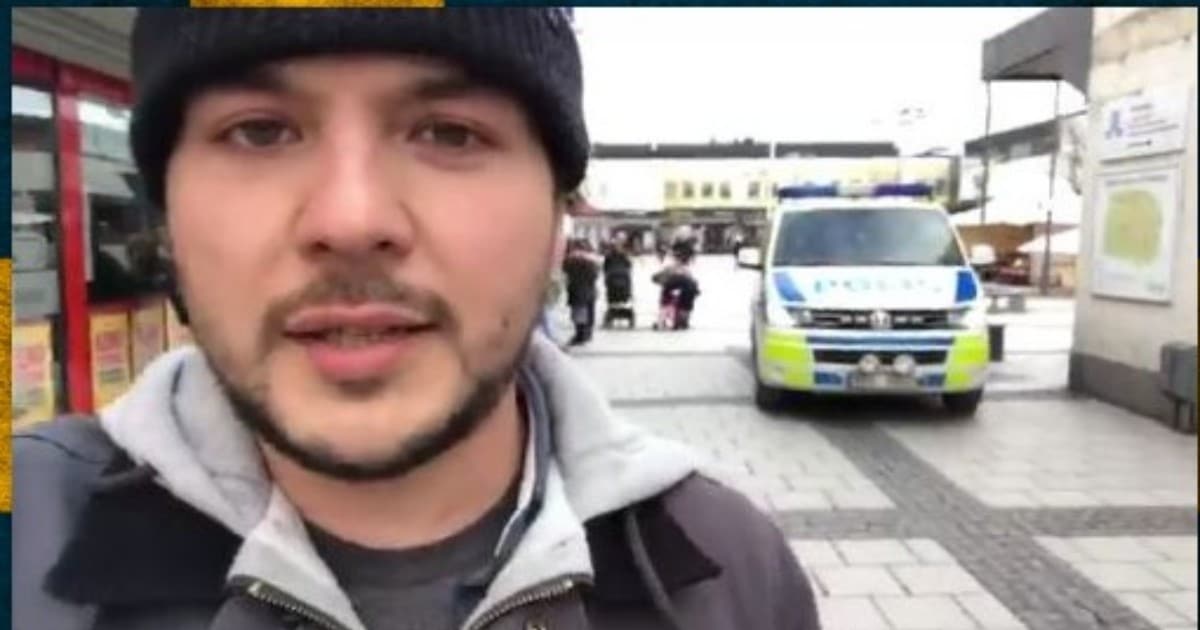 Last week at a rally in Florida, President Trump spoke about the real problems going on right now in Sweden.

The liberal media, who have a terrible record of reporting on the facts out of Europe, were quick to criticize the President, claiming that the shocking migrant policy of Sweden has not resulted in any problems.

The next day, Stockholm was in flames.

[playbuzz-item url=”//www.playbuzz.com/patriotjournal10/should-donald-trump-say-no-to-all-immigrants-right-now”]
This has brought to light the shocking rise in crime and violence in the relatively peaceful nation, since they’ve wholesale shipped migrants from Muslim nations.

Entire neighborhoods are no-go zones, where even police and postal workers refuse to tread.

Yet there are still empty-headed liberals who refuse to accept that truth, like war reporter Tim Pool. This man decided to go to Sweden and prove Trump wrong.

In Rinkeby, 2:30 PM, several men started masking up and following us. Police told us to leave and had to escort us to our car. pic.twitter.com/Tgm2eCSIaj

We weren't filming anyone, we were just talking to police. They started getting nervous as men started masking up around us. pic.twitter.com/FVAXHrtJtK

The men thought that we were Swedish press. As we were leaving they started yelling things us.

For the past week, war reporter Tim Pool has been investigating President Donald Trump’s assertion that Sweden has a huge problem with Muslim immigration.

In order to get some perspective, he decided to shoot on down to a migrant suburb in Stockholm, Sweden, and ask a few questions.

Unfortunately for the man who thought he may prove Trump wrong, that’s when things backfired big time.

“We weren’t filming anyone, we were just talking to police,” Pool explained in a tweet. Then, they noticed a group of Muslims starting to materialize behind them, and what followed was all caught on video…

All of a sudden, the men in the group began putting masks on, causing Pool and his staff to become understandably nervous – but that wasn’t the worst of it.

“The police started getting scared and very calmly and quietly said it would be smart if you were to leave right now. He told me to look around at what the people were doing,” Pool recalled.

The situation is so grim, even the police cannot promise the safety of visiting press. The migrant population is hostile to Western ideals, especially freedom of speech and press.

It’s shocking to think how Sweden rolled out the red carpet for these strangers, only for them to invade and transform their nation into a hot bed of crime.

Regular Swedes are scared to go outside their houses. The police are powerless to stop the rioting and crime.

Meanwhile their morally bankrupt officials refuse to acknowledge the problem and return these migrants back where they came from.

What will happen as time marches on? Will Sweden’s leadership completely forfeit their country? Will radical Islam overthrow the peaceful nation?

Unless new leadership fixes the issue, that just might be the case.