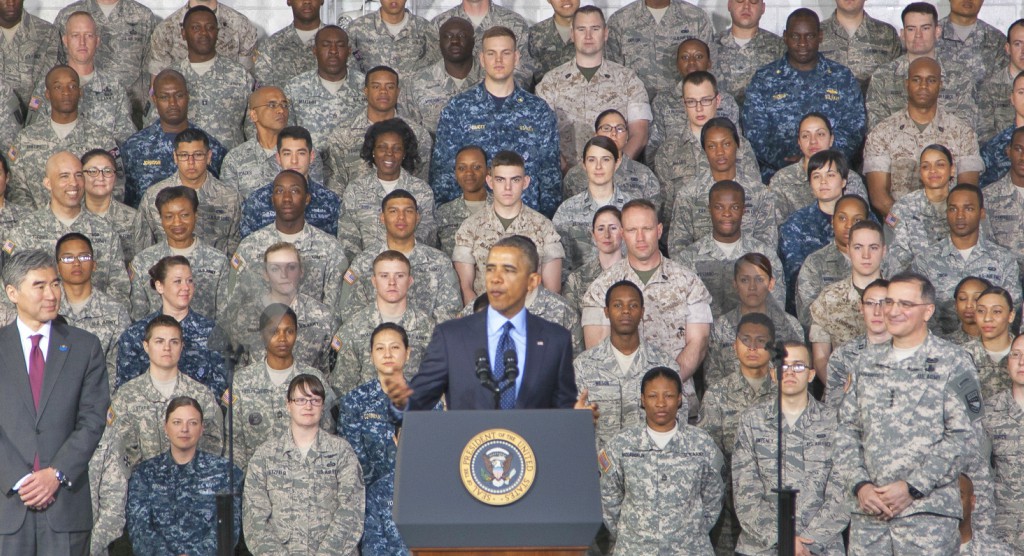 Barack Obama likes to talk about his ‘service’ to our country. But the men and women who put their life on the line for it, who die for it, don’t like him at all.

That, conservatives, should really tell you something.

Obama’s record as Commander in Chief is nauseating. He reduced the size of our military, made every country he stepped in much more dangerous, and looked like a giant wuss to the rest of the world and our enemies as he bowed to foreign leaders, capitulated to dictators, and cowered before the demands of every liberal terrorist the Mideast could throw at him. And it seems men and women in uniform noticed. Indeed, given that they suffered more than the rest of us because of these policies, how could they not notice?

Well, they finally got the chance to speak their minds. And the result was not pretty.

From the Military Times: “More than half of troops surveyed in the latest Military Times/Institute for Veterans and Military Families poll said they have an unfavorable opinion of Obama and his two-terms leading the military.

Their complaints include the president’s decision to decrease military personnel (71 percent think it should be higher), his moves to withdraw combat troops from Iraq (59 percent say it made America less safe) and his lack of focus on the biggest dangers facing America (64 percent say China represents a significant threat to the U.S.).”

Military personnel, in news that shocks no one, think that America needs more troops in dangerous areas. Apparently, the idea that keeping the fight against evil several hundred thousand miles away from the United States is a decent security protocol. Who knew?

Obama didn’t. It gets worse: the constant penny-pinching of his administration – particularly the pay cuts, refusals for promotion, and hiring freezes that Obama personally ordered – were not, wonder of wonders, things that the military appreciated.

“Troops responding to the Military Times/IVMF poll saw years of defense budget fights as the largest blemish on Obama’s presidency. Two-thirds said spending caps enacted in 2011 have had a very negative effect on military morale, and another 28 percent said it was harmful to a lesser extent. Fewer than two percent saw the budget caps as a positive for the military.” Not paying your troops is harmful? You don’t say. It’s obvious that Obama never cared about military men and women, and his arrogant and superior attitude to those that made real sacrifices for this country will not be forgotten. Thank God for Trump.