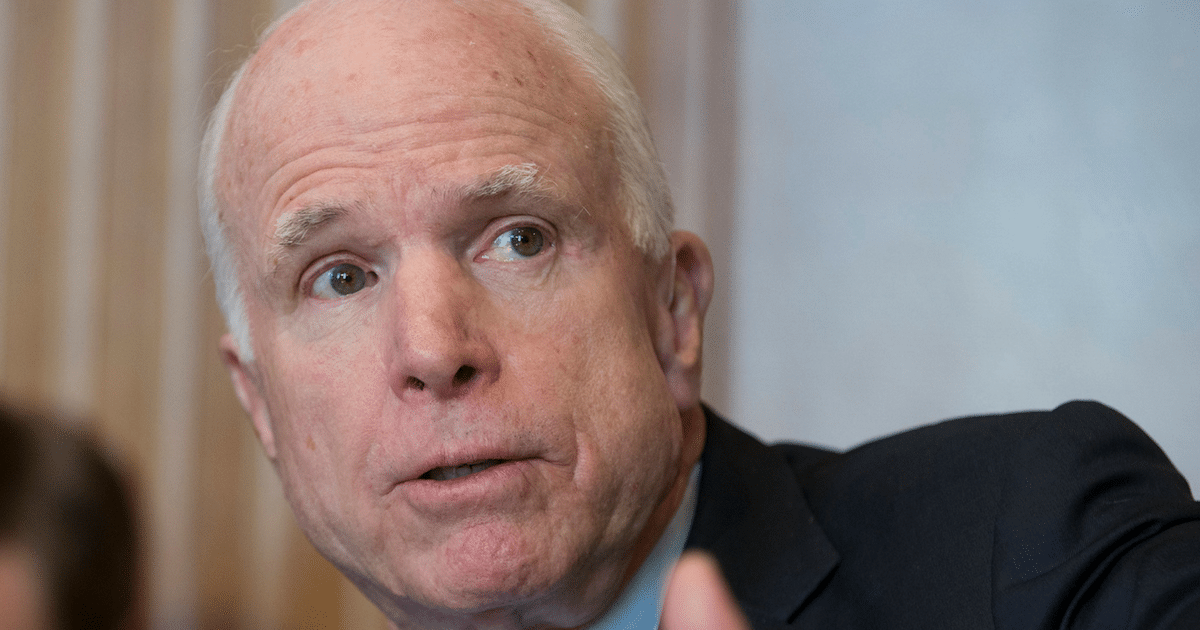 In the last few years Americans have lost faith in Senator John McCain.

The man once touted to be the Republican Party’s future has done nothing but upset and fail conservative Americans.

Yet he has the audacity to criticize President Trump. His most recent statements have left Americans shocked and outraged.

Sen. John McCain (R-AZ) was puzzled by President Donald Trump’s decision this week to strike a deal with Democrats on a legislative package that added over $15 billion to Hurricane Harvey relief efforts, extended the debt ceiling, and funded the federal government until December.

“Haven’t seen anything like it before,” McCain said, speaking to The Washington Post. “I have no way of divining his motives. I’m a pretty intelligent guy, but I don’t understand this.”

McCain is the latest lawmaker to add his voice to the growing chorus of confused Republicans scratching their heads over the bombshell deal, which on Friday was passed by the House and now awaits the president’s signature…

However, Republicans may need to accustom themselves to Trump working with the blue team. White House Press Secretary Sarah Huckabee Sanders told reporters on Friday that Americans can “certainly” expect more deals with Democrats in the future.

Sorry, John, but you’re not an intelligent guy. You’re a coward and a traitor. Remember, it was John McCain who flew all the way back to Washington to vote against Trump’s Obamacare repeal. He betrayed millions of Americans who have lost their health care thanks to this toxic program.

He has no legs to stand on, when questioning Trump’s plan to secure funds for Texas and the rest of the country devastated by Hurricane Harvey.

Sorry, John, but you’ve failed on every level. You’ve betrayed Americans, turned your back on your party, and cannot get anything done in D.C.

Hey, here’s an idea! How about you just go ahead and retire? Seems like you have nothing left to offer.