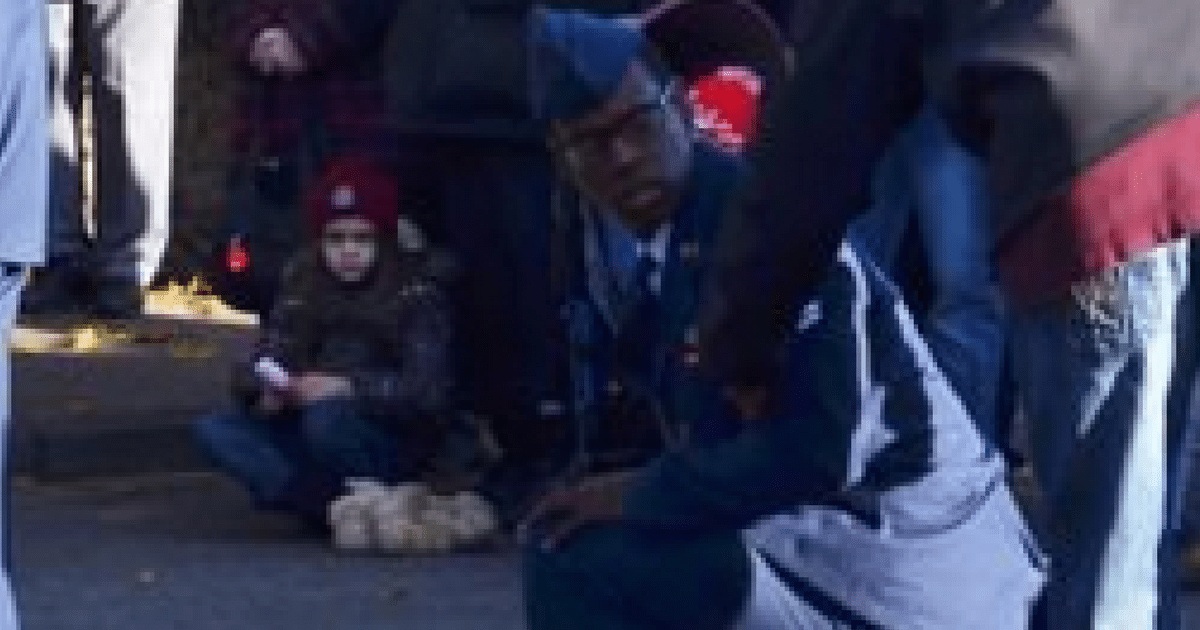 The easiest way to debunk a liberal news story is this: wait a day. That’s it. Bad stories crumble if you just let them.

It’s not simply ‘check the facts.’ Fake News sites and the Mainstream Media have done far too good a job at soaking the internet with numbers and stats that support whatever the Left wants to believe. Google will always support an idiot claim from CNN.

But made-up numbers don’t make a story invincible – especially if there are people involved. And you can bet that the moment the MSM starts making up lies about individuals, those same individuals will speak up in anger.

You’d think that lib reporters would bother to ask the people actually involved in a story what’s going on.

In fact, had they done so this time, they would have realized that a member of the US military wasn’t protesting the country when he took a knee before the flag.

Hardly. He was trying not to pass out.

The Case of the Knelling Airman: Takes a Knee to Keep From Fainting, Not to Protest. https://t.co/MiSg6MEVdj

A U.S. airman who got called out on social media for taking a knee in England was actually just feeling faint.

The photo of the airman first class who stepped out of formation quickly became an internet sensation for all the wrong reasons.

Air Force officials quickly confirmed that he had stood for both the American and British national anthems and had only fallen out of formation during the reveille.

Obviously, a picture of a US soldier protesting the anthem was like candy to liberals on Facebook. It confirmed everything they wanted to believe – and you can bet no one bothered to question the story before sharing it.

Of course, if someone had questioned the story, too many things wouldn’t have made sense. Why was a US airman protesting the anthem in England? Why was he doing it on a British holiday, and not one of our own?

Last time I checked, a foreign country wasn’t the best place to protest America. Nobody there cares.

And, as usual, the truth comes out in a day or so.

Feeling ill after locking one’s knees in while in formation “can be a common occurrence for airmen participating in these types of events and at no time did this airman display or intend any disrespect to either the U.S. or U.K. servicemembers the event was honoring.”