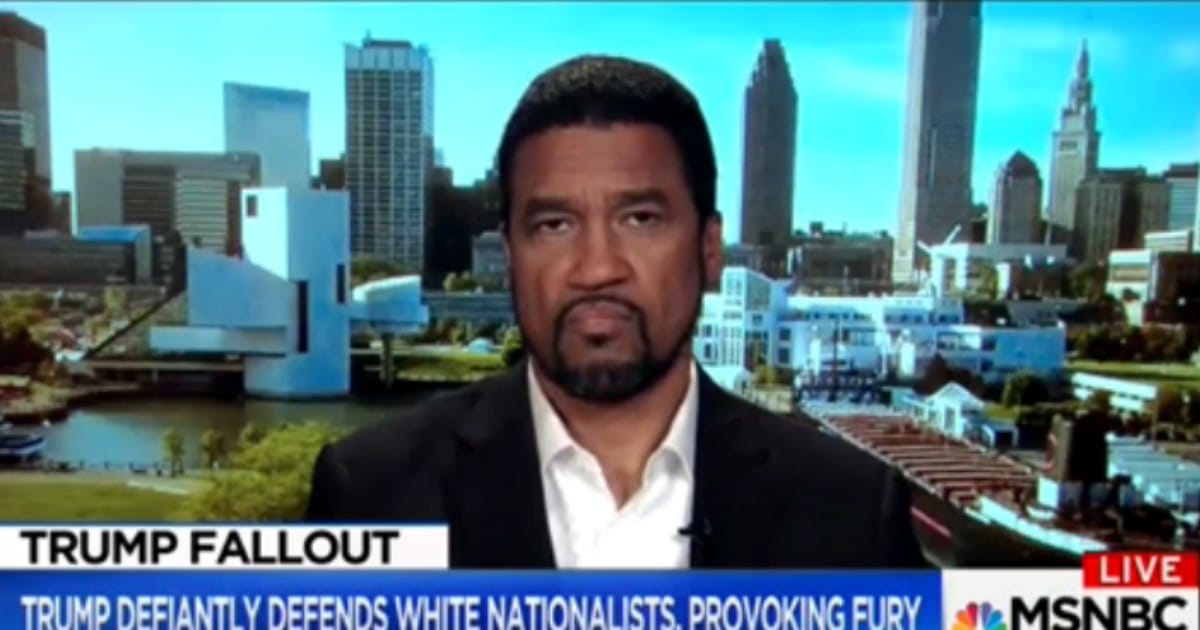 From the very beginning of Donald Trump’s presidential campaign, his rivals used all kinds of attacks against him.

Often they try to cast his character and intentions in a negative light. Or, even more dishonestly, they point to small groups that support him, like white supremacists, claiming because they support him—he must be like them.

But his rivals ignore the fact that many Americans, of all races, support President Trump and want him to succeed. They voted for him, after all. That includes Pastor Darrell Scott. He is the CEO of President Trump’s National Diversity Coalition.

As leader of this group, Pastor Scott works with faith-based leaders, non-profit directors, and business owners to fulfill the President’s vision for equality. As he’s done for years, Donald Trump cares about minorities and wants to empower them. Pastor Scott knows firsthand how much the President supports Americans of all races. He particularly wants to support African-Americans, Latinos, and other minority groups. So why do white supremacists claim to support the man?

Pastor Scott has a very good reason for that: it’s the media’s fault.

Pastor Darrell Scott, the CEO of President Donald Trump’s National Diversity Coalition, got into a fiery exchange with MSNBC anchor Stephanie Ruhle over the president’s most recent remarks on the violence that erupted in Charlottesville, VA.

“It seems as if the only hate speech that is tolerated in America right now is hate speech against Trump supporters,” he said. “I’m called a coon, a sellout, an Uncle Tom on a regular basis by members of the left that claim to be decent, moral, upstanding citizens.”

Ruhle pointed out that Republicans and members of Trump’s own administration condemned the president’s comments during the much-talked about press conference. Scott responded by claiming there are members of the GOP who still don’t support an “outsider” like Trump, and they never will.

“Because of that, the racists and the white supremacists, they heard that message and they said, ‘Well, if he is indeed that, then he is our candidate of choice.’”

Of course, once the news anchor realized she couldn’t get her black guest to slam Trump, she ended the interview. Like all cowardly liberals, she ran away instead of having an open discussion.

From the very beginning of his campaign, the left have branded Trump a racist. Because of his dedication to helping Americans—all Americans—they’ve made him out to only care about white people.

They’ve twisted his goals into an ugly thing, based on nothing more than their unbridled hatred for the man.

There has never been any evidence that President Trump supports white supremacists. He has historically condemned the group. Not only that, but he has a track record for supporting the African American community. Long before he was President, he was helping Americans of all races.

It’s the liberal media that have consistently lied about Trump. So much so, that there are people who actually believe their baseless claims. They are willing to believe dishonest media personalities, rather than the man himself. So it comes as no surprise that white supremacists would flock to him.

But very few true Trump supporters have anything in common with these people. Trump has united Americans of all ages, races, and creeds. They support his vision to make American prosperous, strong, and free again.

They are disgusted with white supremacist groups and want nothing to do with their hatred of minorities, Jews, and other races.

Pastor Darrell Scott spoke the truth, something that is rarely heard on liberal news. He called out the dishonest media for their irresponsible and destructive fake news. Because of them, dangerous individuals associate themselves with Trump. Not because of anything he’s said or done.

We need to know that the fake news will never stop. They will continue to attack and distort everything Trump says. They will not rest until his plans to make America great again fail. They will ignore the successes he’s already achieved and malign every good plan and goal he and his team have.