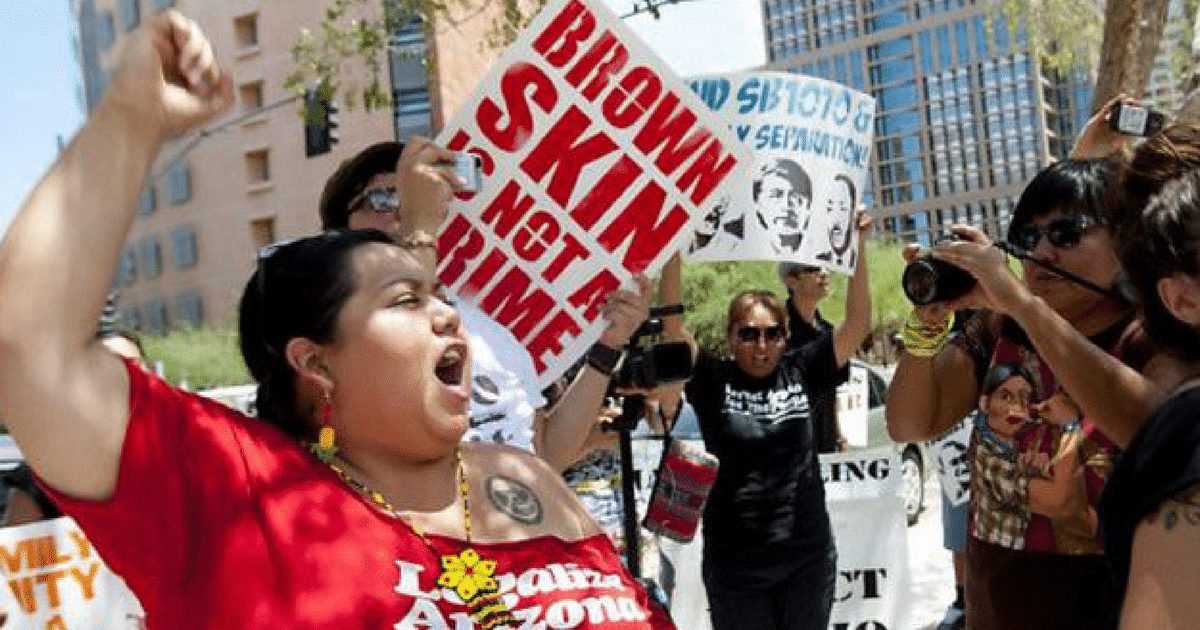 Under President Trump, our country is seeing record-low levels of illegal immigration.

Thanks to the tireless efforts of ICE and the DOJ, criminal aliens are being apprehended and deported. Illegals are learning that they cannot abuse this country for much longer.

News has reached thousands of illegal aliens that their days are numbered.

Days after Homeland Security cancels “Operation Mega,” a nationwide crackdown and round up of undocumented immigrants, some are worried it’s only a matter of time before they’re booted out of the country…

The backlash comes after the leak of an internal DHS memo revealed that nationwide raids targeting 8,400 undocumented immigrants were planned for later this month…

The immigrant community is still reeling following the announcement that the Trump Administration would end the deferred action for child arrivals program or DACA, the Obama-era policy allowed people brought here as children, to stay if they meet certain requirements and are felony-free…

“I’m here as a home owner and being undocumented,” Jayes-Green said. “We deserve protection. We deserve to be safe and to be able to have opportunities as well.”

Can you believe that? This man admits that he’s in American illegally, with no documentation. But not only was he able to graduate college, but he owns a home! I guess banks don’t really care about legit paperwork.

It’s amazing that this local news report is bending over backwards to make criminals sound like helpless victims.

These people broke the law by coming here illegally. They crossed the border and are hiding out. To make matters worse, they are able to take government benefits, funded by tax payers. That’s not even to mention the drug cartels who use the border like a revolving door.

Yet the liberal media wants you to think these people deserve to be here. What about the many Americans suffering, because illegals are harming our communities, upsetting our economy, and draining our government programs?

This raid may have been postponed, due to this suspicious leak. But that doesn’t mean ICE is finished. Expect to hear about an even bigger raid in the months to come.

Maybe those illegals should save themselves some trouble and go back to the border themselves.