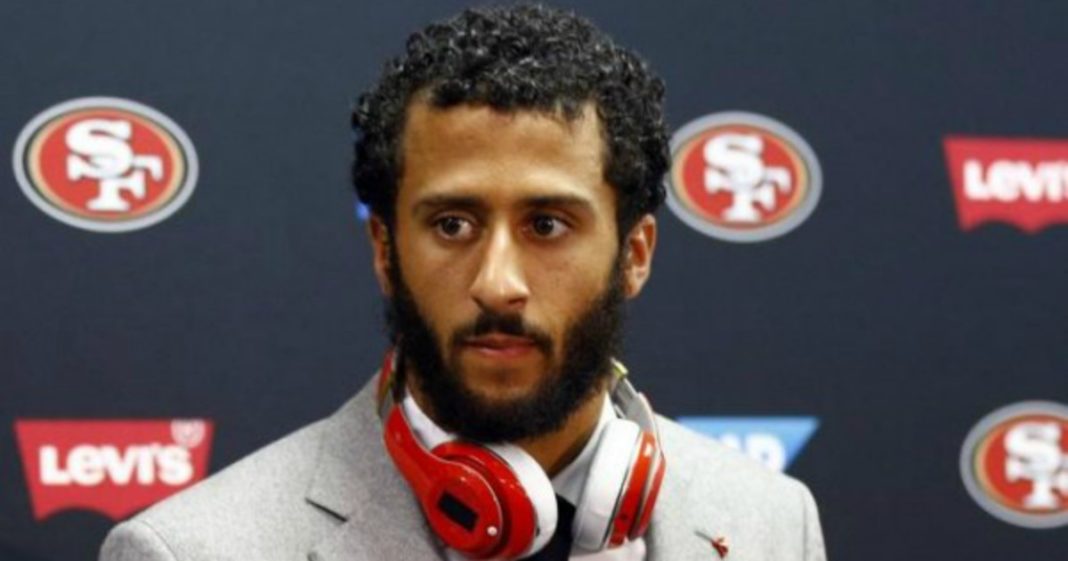 The country is – and unfortunately so – very familiar with the NFL’s poster child for idiocy, the San Francisco 49ers quarterback Kaepernick. The guy who hates cops, and hates soldiers.

You probably haven’t seen him play lately – apparently, his body can’t take the same hits on the field as everyone else. It’s funny how being weak in real life sometimes corresponds to being really strong in progressive, anti-American beliefs.

Well, as it happens, while soldiers and cops are protecting the nation from real threats, Colin’s got problems. All those hits, and all those kneels, are finally coming back to bite him. Word around the NFL is that Kaepernick’s contract is being renegotiated.

And when it comes to NFL contracts, two things are certain – one, the league will always get its money’s worth; and two, if no one is watching you play, you’re not making the league any money.

A quick newsflash: no one is watching Colin play. And that’s not just because he’s been benched for most of the season.

Many have speculated that Kaepernick would be let go due to his poor performance and his unwelcome political antics.

A person from the NFL, who chose to remain anonymous due to the NFL’s policy of not speaking about upcoming deals, told USA Today that his contract renegotiation is currently underway.

Yahoo Sports seems to think that Kaepernick will be cut from the team and you can bet that his political stance hasn’t helped him one bit. I’m guessing, based on the way that the NFL typically phrases these matters, that the explanation will go something like this:

“After careful review, the San Francisco 49ers have decided to let Kaepernick go. This decision was based on an evaluation of both his performance and the team’s performance.”

“It has nothing to do with Kaepernick’s political beliefs, but rather the team’s performance over this past year.”

Which, of course, will be total nonsense. Because the only reason you’re cut from an NFL team is money. If the team is losing, people aren’t watching.

Colin attracted attention for being a liberal idiot. And not for playing good football.

This is a no-brainer, folks. He’s out. Mark my words. And he deserves it. What an idiot.