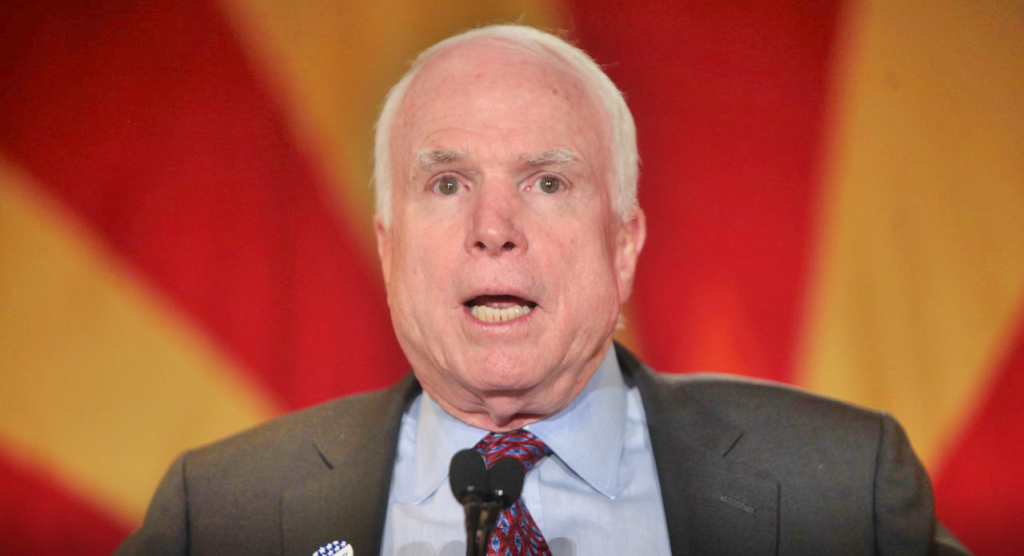 John McCain was shot down in a plane over Vietnam, tortured, released, and later returned to the country to secure healing and a better relationship between Vietnam and the US. He’s a hero. Right now, though, he’s throwing it all away.

After all, Trump has proven he can save the country, and McCain is doing his best to undermine Trump. And the worst part? McCain is doing it with the Russians, the very group the Mainstream Media says is working with Trump.

I swear, sometimes Democrats are so dense that even a beating to the head, with the documents to prove your point, doesn’t make a bit of difference. Facts, in the end, simply don’t matter to the Left. If you’ve missed the news lately, John McCain presented the FBI with a baseless and unverifiable collection of lies about Donald Trump, for no other apparent reason than to undermine the president-elect of the United States. Shame, indeed. The DailyMail reports:

“The Arizona senator had issued a public statement amid mounting questions of his exact role in the affair – and how a document riddled with errors and unverifiable claims came to be published.

‘Late last year, I received sensitive information that has since been made public,’ he said.

‘Upon examination of the contents, and unable to make a judgment about their accuracy, I delivered the information to the Director of the FBI.

‘That has been the extent of my contact with the FBI or any other government agency regarding this issue.’”

Let’s recap: Donald Trump is the subject of a lying, baseless dossier that came from a former British spy, a spy hired to create dirt on Trump. The Democrats, and anti-Trump Republicans, hired him. They had nothing on Trump, despite so many months of twisting his words, and they wanted actual dirt.

So, they hired a former spy, who came up empty. At which point, he decided to start making things up…because, frankly, if you don’t produce results, you don’t get money. Logical, indeed, although hypocritical. The stupidity and utter absurdity of the claims in the file have even liberal media scrambling to apologize for even talking about them. The whole thing is an embarrassment.

And it started with John McCain…soldier, patriot, captive, public servant, and – ultimately – gullible traitor. A sad ending, to such a promising beginning.