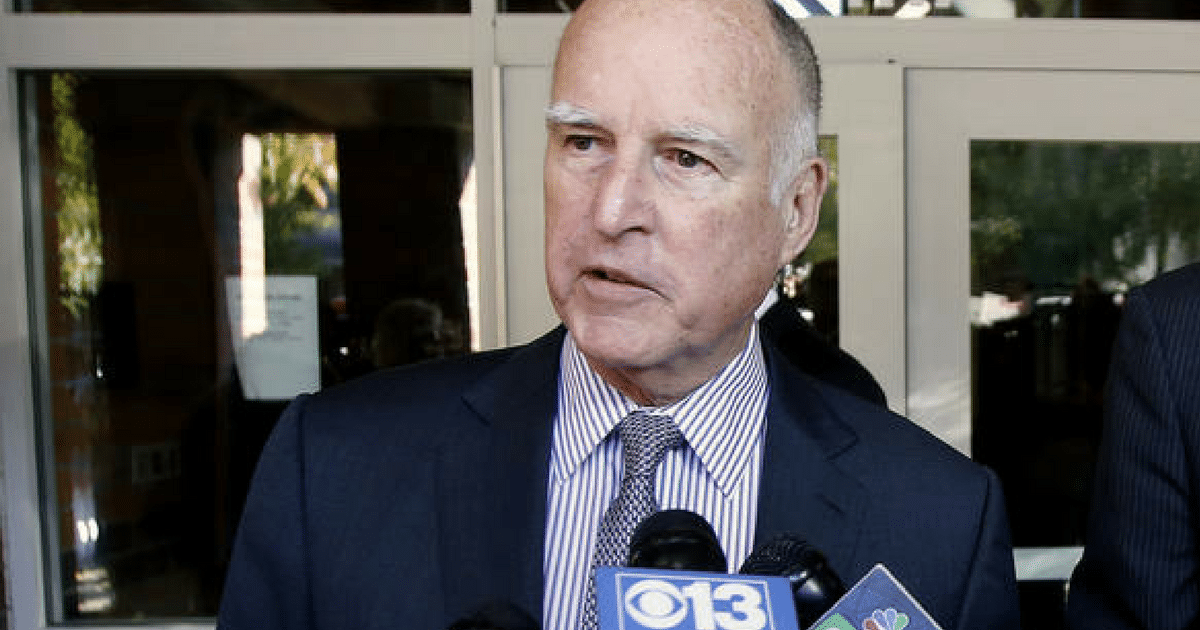 In this new age of Trump, weak and losing liberals have done nothing but fight and complain.

They have proven themselves to be enemies of the American people. That is never more obvious than in California governor Jerry Brown.

This numbskull continues to drive his state into the ground. But even worse, he had this to say about millions of Americans.

California Gov. Jerry Brown (D) directed sharp criticism toward President Donald Trump’s stance on climate change — as well as his comments on North Korea — calling it “stupid and dangerous and silly,” while also comparing supporters of the president to cave dwellers. “They’re both kind of very similar,” Brown said in New York on Monday at a climate change event, per Politico. “You should check out the derivation of ‘Trump-ite’ and ‘troglodyte,’ because they both refer to people who dwell in deep, dark caves.”

In the wake of Trump’s announcement that he would withdraw the United States from the Paris Agreement on climate change — although subsequent reports suggest the administration may stay “under the right conditions” — Brown has been seeking other state and local governments to sign a pact of their own as a sign of rebellion.

You know, that’s a great way to win over people—insulting them!

It’s amazing how liberals think that they can bash millions of Americans for supporting Trump. Hillary called them “deplorables,” liberals in the media call them racist, sexist, and bigoted. Now this governor calls them cave-dwellers.

Yet how often does Trump insult the many Americans who didn’t vote for him? Sure, he’s criticized his rivals and opponents. But when it comes to the American people, Trump makes it very clear that he’s working for all of us, regardless of politics.

Liberals, on the other hand, show nothing but hatred and contempt for those who disagree with them.

There is a double standard on the left. They think they can get away with all kinds of horrendous behavior. Yet conservatives are never allowed to stoop to that level. Must be nice.

I’m just waiting for the next ridiculous thing to come out of Jerry’s mouth.