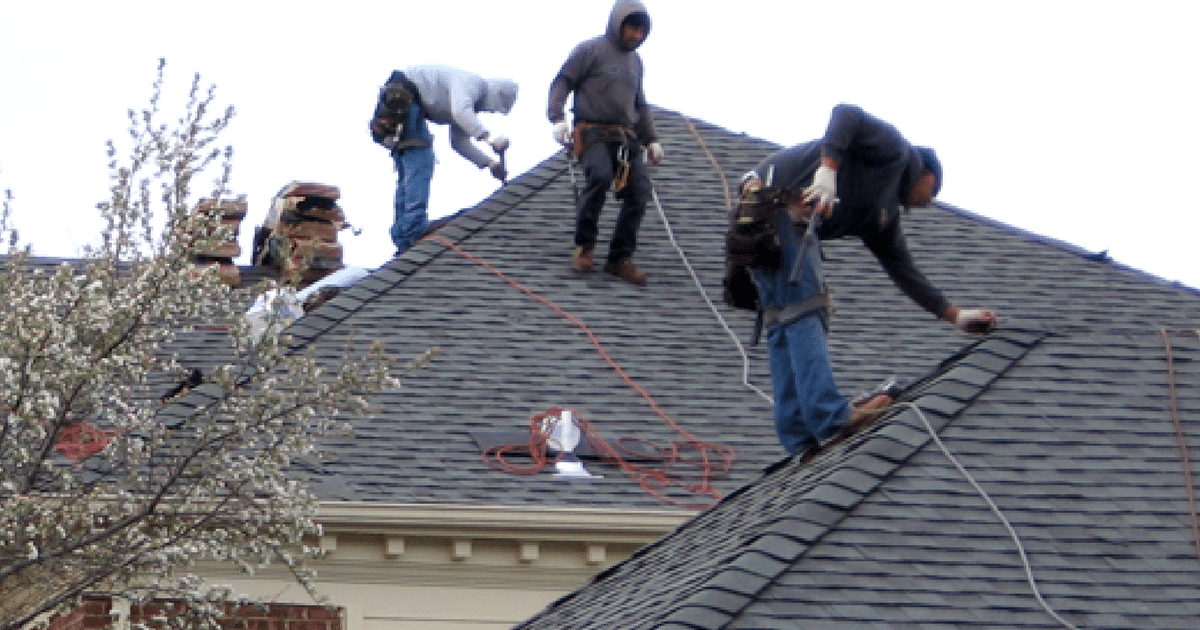 Here’s how you can tell what a man cares about: he lets it get in the way of his money.

Consider the NFL – kneeling for the national anthem has cost the league millions of millions of dollars, all because the average, hardworking American is turning off the TV. Lost viewers means lost advertisers.

And yet, for the players and their multi-million dollar salaries, it’s more important to disrespect the flag than it is to make sure the league gets paid. That’s what they care about.

Thank God we have Americans who lose time and money in order to respect the flag. Just like three roofers in Maine, who didn’t even know someone was watching.

While hundreds of NFL players have taken a knee during the national anthem before their games, three Maine roofers took it upon themselves to honor the flag with patriotism, putting the NFL to shame.

The roofers were on a house near Waterville High School’s football field, where the national anthem began playing. The workers then stopped everything they were doing, “even though they didn’t have to,” as Michelle Lyons Cossar said.

Cossair’s next line says it all, and quite perfectly:

“When I looked over the fence, I saw them standing and respecting the flag. I just thought the world could use a little more of that right now.”

Liberals forget far too easily, but America as a whole suffers when our national heritage, symbols, and pride are constantly being bashed by the left.

A photo of Maine roofers standing for the national anthem during a football game has gone viral. https://t.co/SmhbbphgOD

Consider Obama – as soon as he was in office, he spent his time going from country to country, talking about how bad we were and how much we needed to change. Americans heard it, and few of us forgave him.

And, when it came time for the 2012 elections, what’s the one thing all the Republican candidates said? ‘America is great. This is a great country.’ They had to.

As Limbaugh asked at the time, “do you know how badly people needed to hear that?”

We’re getting to that point again. As the Left disrespects the flag, American history, soldiers, and the presidency itself, the rest of us need to protect our country wherever we can. Even if it’s just turning off CNN. Or fighting Fake News with facts on Facebook.

Or, in this case, standing for the anthem, and respecting the flag.