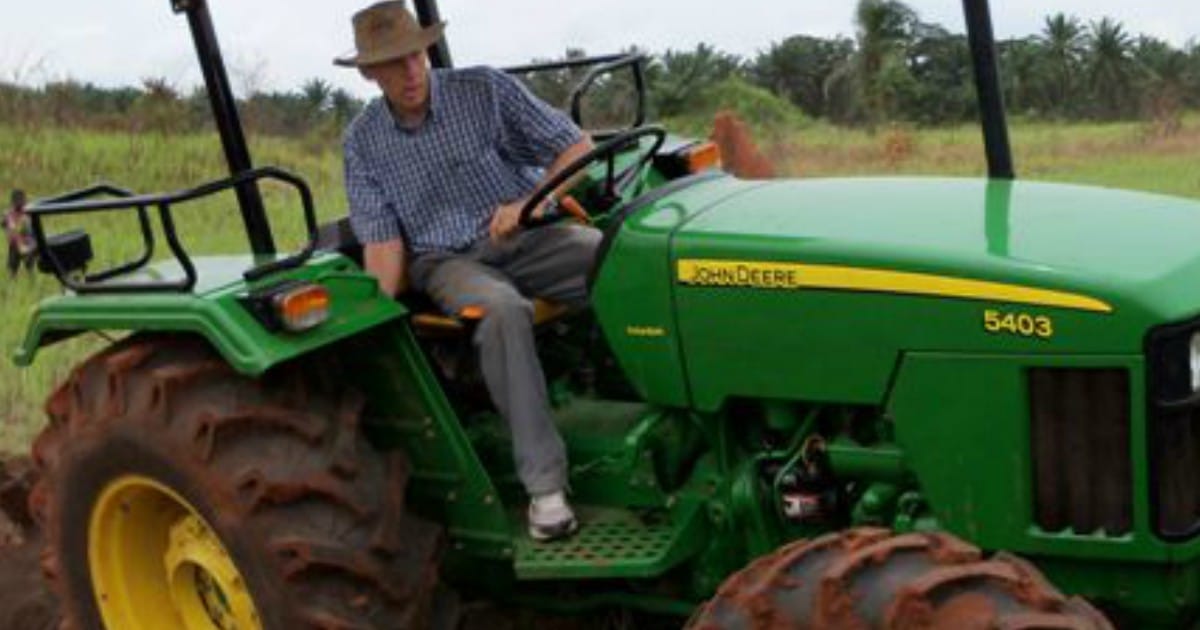 Across the country, people are suffering thanks to illegal immigration. Various problems arise from the issue, ranging from economic strains to criminal activity.

While the President is working hard to end this blight, many are not satisfied. The wall is not built and there are still illegals taking jobs and making cities unsafe.

One farmer from Vermont had enough. But his reaction? Let’s just say it was a bit over-the-top.

Mark Johnson makes his living in agriculture out in Vermont, and he believes his work has been adversely affected by illegal immigrants working on local farms. He was so pissed about the situation that he decided he should spray crap all over a border patrol car because, yeah, that’s gonna fix the situation, Farmer John.

Johnson faces charges of assault and disorderly conduct stemming from an August 3rd incident when he confronted a border patrol agent. In an attempt to express his feelings, Johnson, who specializes in manure spreading, unleashed the techniques of his trade all over the patrol car.

For some reason, he didn’t realize the patrolman was standing right behind him as he did it. Whoops!

For now, Farmer John can look back at this as an opportunity for self-reflection and figuring out a more constructive way to express his disappointment in government officials. Until he figures out a better way, he’ll be up to his neck in the fallout from spreading manure around where it shouldn’t go.

Talk about having a crappy day!

Yeah, we know dealing with illegal aliens stinks. Struggling to get work and make ends meet, while businesses exploit illegal labor is a pain in the butt. Watching your industry go down the tubes, thanks to poor oversight, is frustrating.

But covering a border patrol agent’s car with manure? I can’t see how that’s going to solve the problem!

Border patrol is one of the few groups actively working to solve the problem, Mr. Johnson. They are the ones taking orders from the President himself. They are the ones putting their lives in danger to scoop up illegals (including violent criminals) and serving them a hot plate of justice.

Don’t poo poo on the border patrol. Poo poo on the many liberals who are trying to protect this toxic situation.

Well, I guess Johnson learned his lesson. Manure is for the soil, not a border patrol car.

Guess he learned that the hard way.