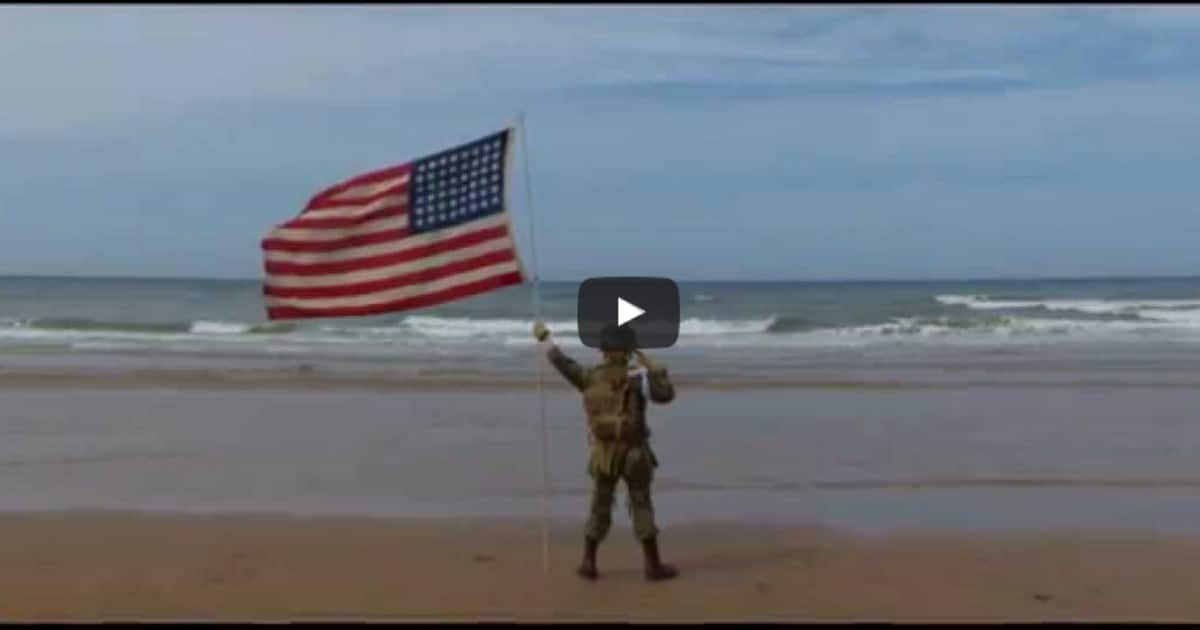 Seventy-five years ago, a generation rose up to liberate the world from evil.

D-Day was a momentous event during World War II. It helped turn the tide of the war, ultimately defeating the Nazis.

Every year patriotic Americans remember this pivotal moment in history. Our allies in the U.K. do so as well.

But one young person decided to take his appreciation to a whole new level.

The 11-year-old boy and his father went out to Omaha Beach on D-Day celebration, and through it, millions have been touched and honored by it. Though just a child, he displayed a deep respect that all the people who passed by will never forget.

Some stopped to snap a picture as a simple remembrance, while others tried to break his silence. Soon, he would even be aired on television. But out of all the passerby’s, there was one who had the heart to join him in the same kind of thankful spirit. It was a man and his trumpet.

It was a tribute which continues to touch all those who see. When the boy felt in his heart that it was time to say goodbye, he raised his hand high to the sky to show his honor and respect. It completed his journey there in a truly beautiful way.

This simple act brought many strangers together. They joined the young boy to salute and remember the sacrifice of that brave generation.

It was a powerful and lasting tribute to a time no one should forget.

The video and the many photos taken of this boy will continue to remind us of the price it takes to preserve our freedoms.

Be sure to share this story with everyone you know. It deserves to be remembered.