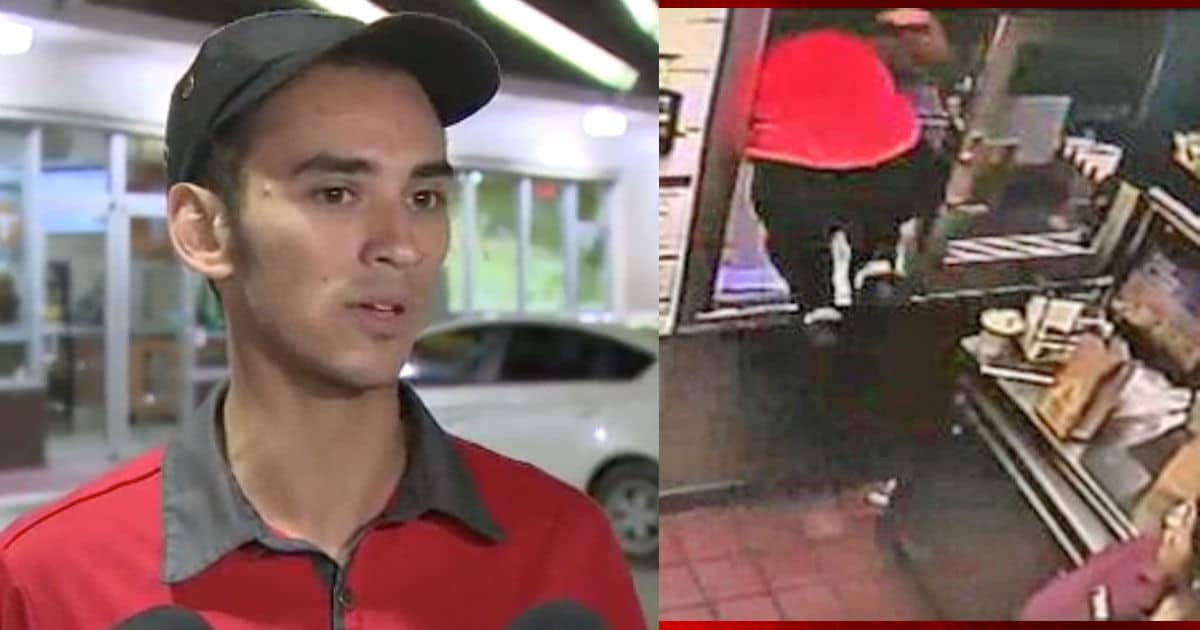 The ‘kill the cops’ mentality of the left has not, thankfully, spread to the rest of the country. Not just yet, anyway.

While Black Lives Matter protestors call for the extermination of police officers, and in the aftermath of Obama’s unconstitutional investigations of whole departments, it’s refreshing to see that some Americans still respect the Blue.

And, in some cases, are still willing to put their own lives on the line to help an officer in need.


A McDonald’s employee in Florida did just that when he saw an unconscious officer with her family in his drive-thru. Breitbart reports:

Store surveillance video shows McDonald’s employee Pedro Viloria jumping right out of the drive-through window after noticing that an off-duty Miami-Dade police officer was lying un-moving in her personal car.

The employee quickly jumped out the window, ran to the car, and put the car in park to stop its roll.

“In that moment, I thought, I’d rather save that woman’s life,” Viloria told WPLG. “I see she’s like inflating her neck, like trying to breathe, like ‘ahh,’ and basically I thought something was going wrong.”

ONLY ON 10: Surveillance video shows a McDonalds worker jump from the drive thru window to save an unconscious police officer. More at 6pm. pic.twitter.com/JP6fqxCTaS

The officer was incredibly blessed to have fallen ill where she did – immediately after Viloria stopped the car, a passing paramedic came in to help give assistance.

It’s not likely she would have survived otherwise.

Viloria, in the typical way that most heroes brush themselves off, didn’t take any credit for his actions.

But as a contrast to the rest of the Left in America, he’s a welcome example of the proper respect and honor all of us need to give cops.

After all, they protect and serve us – we should be willing to do the same for them. Just like Pedro Viloria.