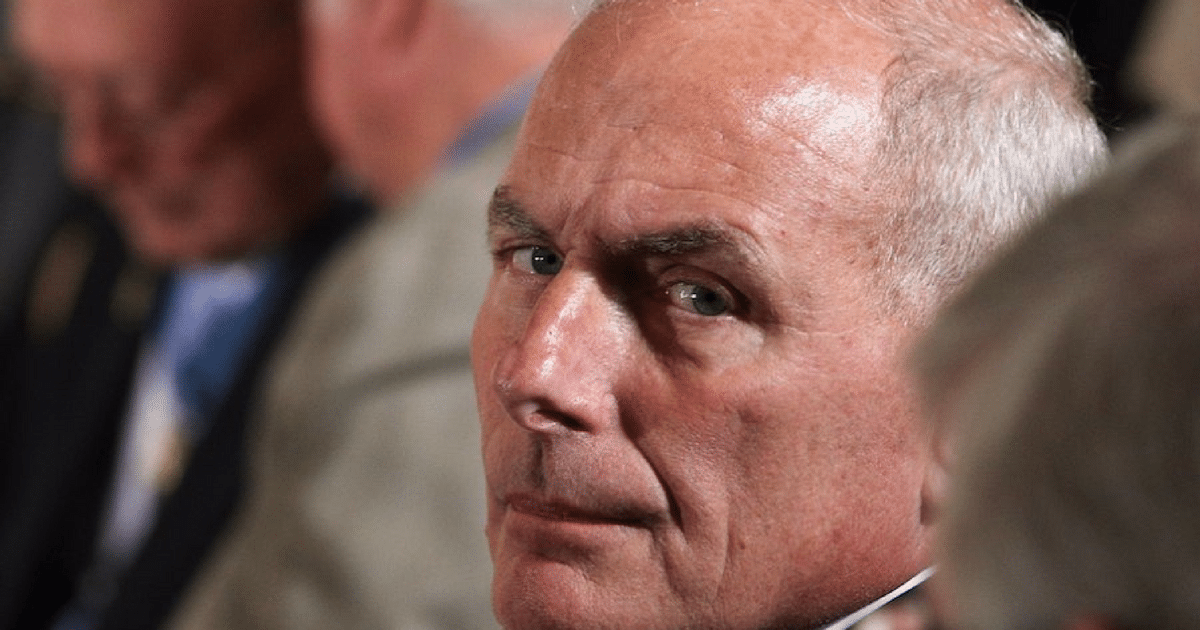 If you’ve been watching the Mainstream Media – and shame if you have – you probably think you understand the president’s policies on nuclear weapons.

The standard narrative is, of course, that the president wants more weapons, more troops, and more nukes.

The country must be armed to the teeth, because ‘being militarily strong is fun, and makes Trump look good, and gives him little toy army soldiers to play with at night, and then he can start wars, and make a big show of directing them on a big, impressive table.’

(That’s honestly how MSM reporting sounds to me now.)

So it was a little surprising for libs when General John Kelly took to a microphone Thursday, and told the country one surprising thing:

The president wants to get rid of all nukes. I’m not kidding at all.

During a Thursday briefing White House Chief of Staff John Kelly made a surprising revelation — while Trump will continue to make sure that America is safe through the upkeep of our current nuclear capabilities, he dreams of the day that it isn’t necessary for him to do so.

“I’ll tell you this –I don’t think he’d mind my sharing this, what I hear him most say about nuclear weapons, that wouldn’t it be great if we could get rid of them all as opposed to needing 10 times more?” Now, do yourself a favor – read this next sentence out loud.

‘Wouldn’t it be great if we could just get rid of all nuclear weapons?’

There. See how much like a liberal you sound? Well, those are the words coming straight out of our President’s mouth. Which should tell you one thing:

Donald Trump is not the vicious, bloodthirsty war hawk the Mainstream Media insists he is. That’s a lie. And a very effective one.

After all, lib reporters everywhere have been saying that Trump is going to bring us to nuclear war. And lib Americans are buying it.

But it’s a good bet that none of those lib Americans have paid attention to what Donald Trump actually says – ‘I don’t want nukes.’

He just recognizes that he needs them. You don’t get that.

It’s why I’m thankful you’re not in charge of national security.