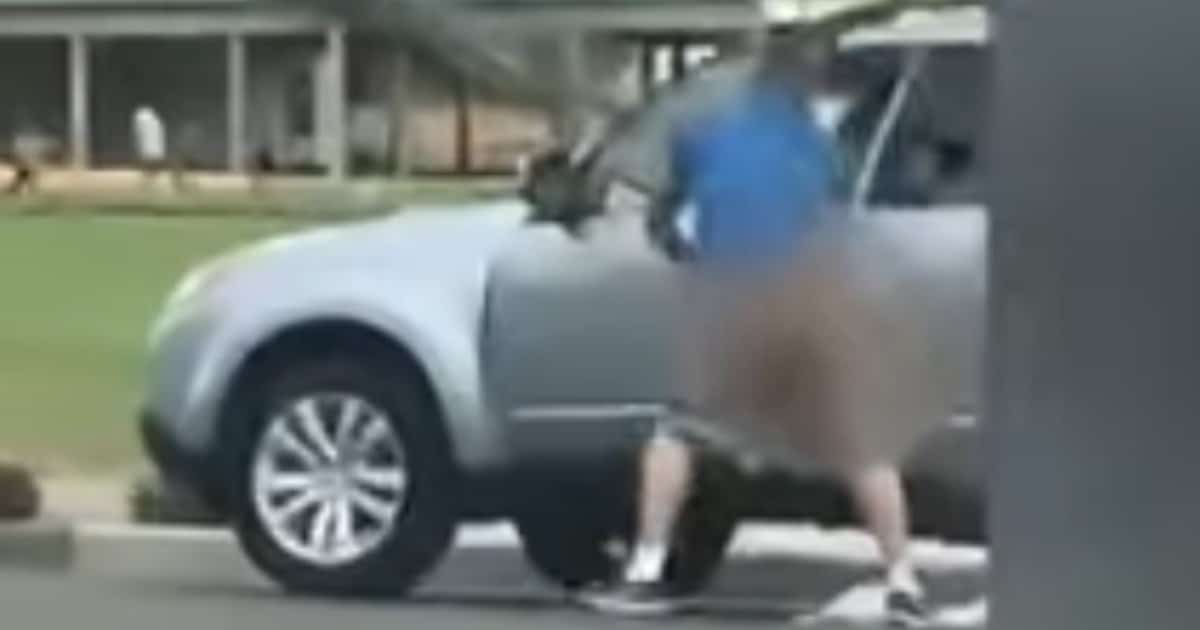 This criminal, however, was either lit up on drugs or was too stupid to understand basic physics. Because as the car was pulling away, he grabbed onto the door. This stupid idiot clung onto the door handle, determined to punish a citizen for having the audacity to refuse his demands. It didn’t work out so well for this carjacker, though. 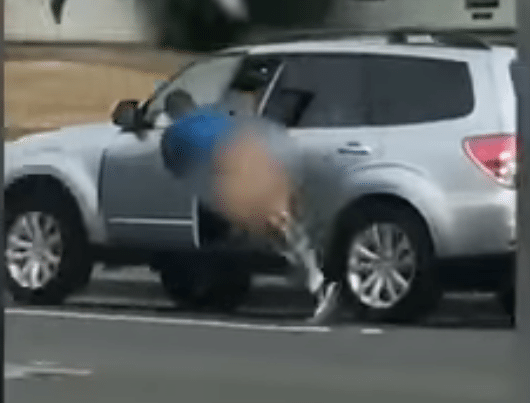