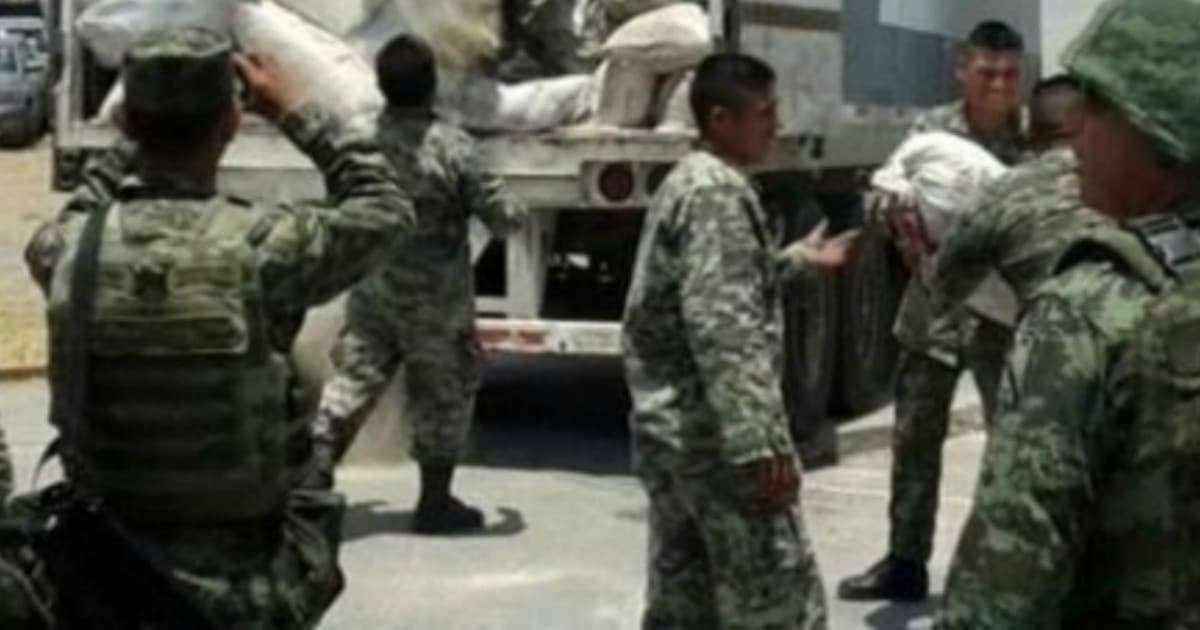 If I listed off all the reasons we need a border wall, at the top would be Drug Cartel Violence. That goes without saying.

Fact is, all other problems are small in comparison. No matter what problems the US may have with illegals crossing the border, or with small-time dealers catapulting pot over the fence, nothing compares to the violence of a Mexican drug cartel.

And given the amount of money at stake, we shouldn’t be surprised. Drug smuggling earns the cartels a fortune like you wouldn’t believe.

That’s why it’s not uncommon to find extremely large shipments on their way to the US. Like the three-ton shipment of marijuana that Mexican soldiers found Sunday.

The seizure occurred at a highway checkpoint set up by the military forces to disrupt cartel operations. There, the soldiers discovered the cargo. Cartel smugglers hid more than 315 bundles weighing at least 6,350 pounds.

What’s worth noting here isn’t simply the sheer size of the seizure. It’s the fact that the cartels thought they could get away with a shipment this big. Because they probably have before, many times.

Which means, if you think about it, that shipments this big are common. They’d have to be. It’s the only way to reach the estimated $10 billion in revenue that experts estimate the entire drug trade is worth.

Ten billion, mind you. You need a lot of three ton shipments to reach that kind of profitability.

And with the money comes the violence.

Mexican military forces have stepped up their operations and checkpoints in and around the border city of Reynosa [because of] the escalating violence at the hands of the Gulf Cartel.

For more than eight weeks, the criminal organization has engaged in a fierce internal struggle for control of the city. The violence has resulted in almost daily gun battles, executions, carjackings, robberies, kidnappings, and extortions. Anyone doubt that we still need a wall?