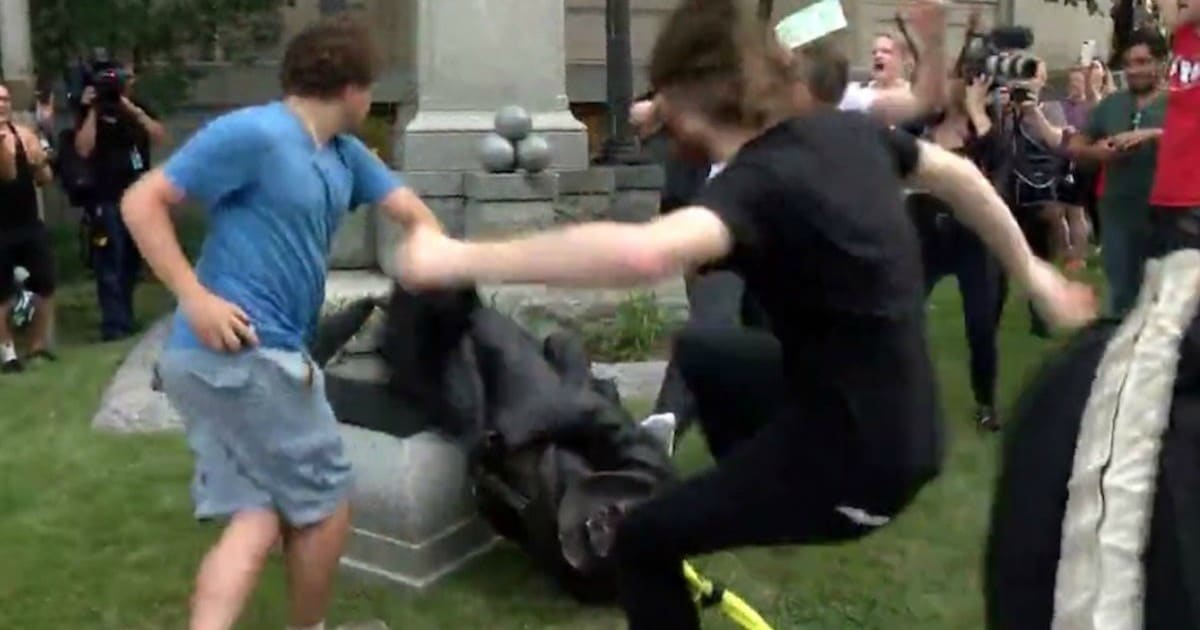 In the aftermath of Charlottesville, hate groups are roaming free in our country.

They are targeting areas of historical significance and tearing them down, one by one. That includes statues of leaders and other figures.

But are the police doing nothing? Recent actions by local authorities have us wondering.

When protesters, angry over the deadly incidents in Virginia this weekend, decided to take down a nearly century-old statue of a Confederate soldier in North Carolina on Monday, law enforcement stood back and watched…

No one was arrested Monday, however, a day later, Durham County Sheriff Mike Andrews announced investigators were working to identify the protesters and planned to bring criminal charges against them.

“We decided that restraint and public safety would be our priority,” Andrews said in a statement posted on his agency’s website. “As the Sheriff, I am not blind to the offensive conduct of some demonstrators nor will I ignore their criminal conduct.”

He continued: “My deputies showed great restraint and respect for the constitutional rights of the group expressing their anger and disgust for recent events in our country. Racism and incivility have no place in our country or Durham.” I don’t buy it. The sheriff is only now claiming to investigate the incident. Clearly nothing will happen.

Throughout this country, law enforcement are being told by elected liberals to stand down. To let radical leftist terrorists riot, attack, and destroy our country. From Berkeley to North Carolina, this is happening.

If these police really cared, they’d have stopped them from defacing public property. Destroying a statue isn’t protected by the Constitution, Mike. You’d think a cop would know that.

Clearly this is all empty rhetoric by a high-politicized police department. They no longer care about protecting citizens or upholding our traditions. They have been compromised by corrupt liberal politicians who aid and abet Anti-fa and other terrorists.

If you live in the Durham Country area, it’s time you start demanding justice.