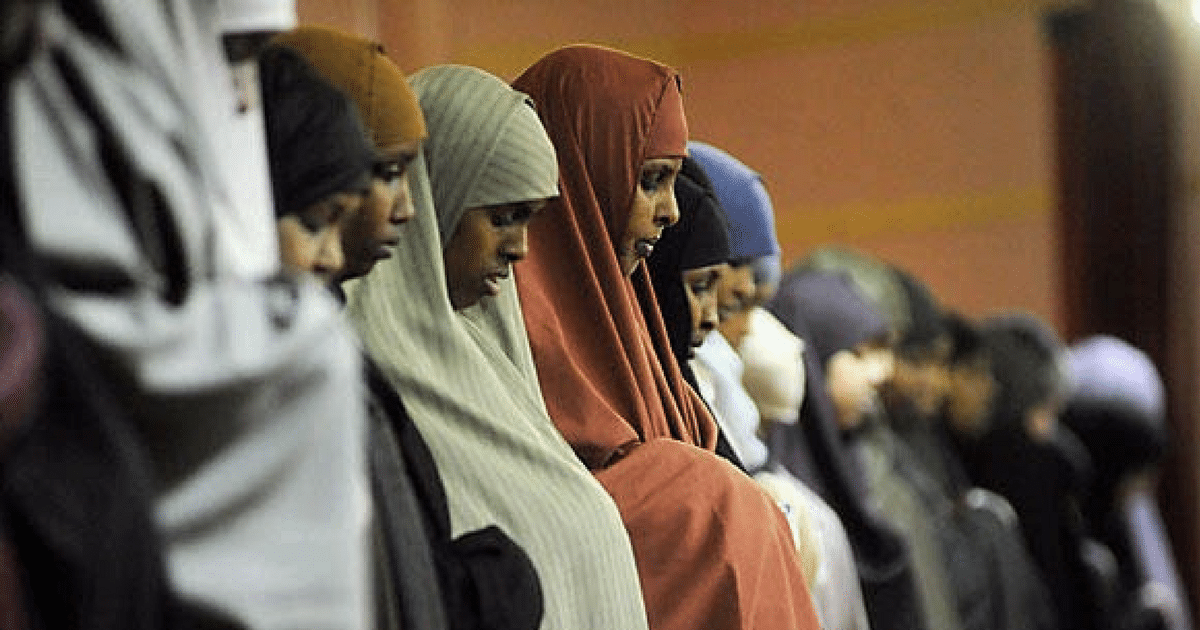 America embraces religious freedom. Everyone is free to worship, without fear of being told how.

But recently we are seeing liberals defend one religion over all others. For some reason, they defend Muslims and Islam as some kind of endangered minority.

They don’t seem to understand that they are in no way a minority around the world. And what they teach, even pray—as one women discovered—is shockingly hostile to many others’ values and beliefs.

When one inquisitive woman attended an interfaith Islamic prayer service, she was shocked by what she heard…

During the service, which was held at the Abrahamic Program for Young Adults, Rachel Lipsky sat and observed as a group of about 20 interfaith people dutifully participated in the ritualistic prayers…

However, what Lipsky was most concerned about was a prayer that practicing Muslims say about seventeen times a day. It is one that they were instructed to say even during their interfaith gathering.

“Devout Muslims repeat this Surat al Fatiha (Qur’an, 1:7) at least seventeen times daily during the five calls to prayer – over 5,000 times a year,” she wrote adding that it calls for a rejection of Christians and Jews because they are misguided and objects of “Allah’s wrath…”

She said that every Muslim knows who they are referring to when they recite the Surat al Fatiha, and concluded, “Muslims at the Chautauqua Jummah prayers invite Jews and Christians to join them, Non-Muslim participants have no idea that they essentially denigrate themselves during the Jummah prayers.”

After hearing her out, the man leading the service had no choice but to admit that she was right.

According to their own texts, Christians and Jews are considered enemies. Even in their prayers, many Muslims acknowledge this.

When following their faith to the letter, we discover a religion that is very intolerant of others, unlike most world religions. While many Muslims don’t practice this, or even realize this, it is enough to inspire hate, hostility, even violence by those Muslims who do.

It is why we are seeing so many accounts of conflict from Muslim migrants in Europe and America. Muslims who believe Christians and Jews are infidels and enemies have every reason to treat them like dirt. That leads to greater acts of violence.

Until the rest of the world acknowledges this, thing won’t get better. The larger Muslim community must reject that kind of intolerance, in order to coincide with the rest of Western society. Otherwise, there can be no peace.