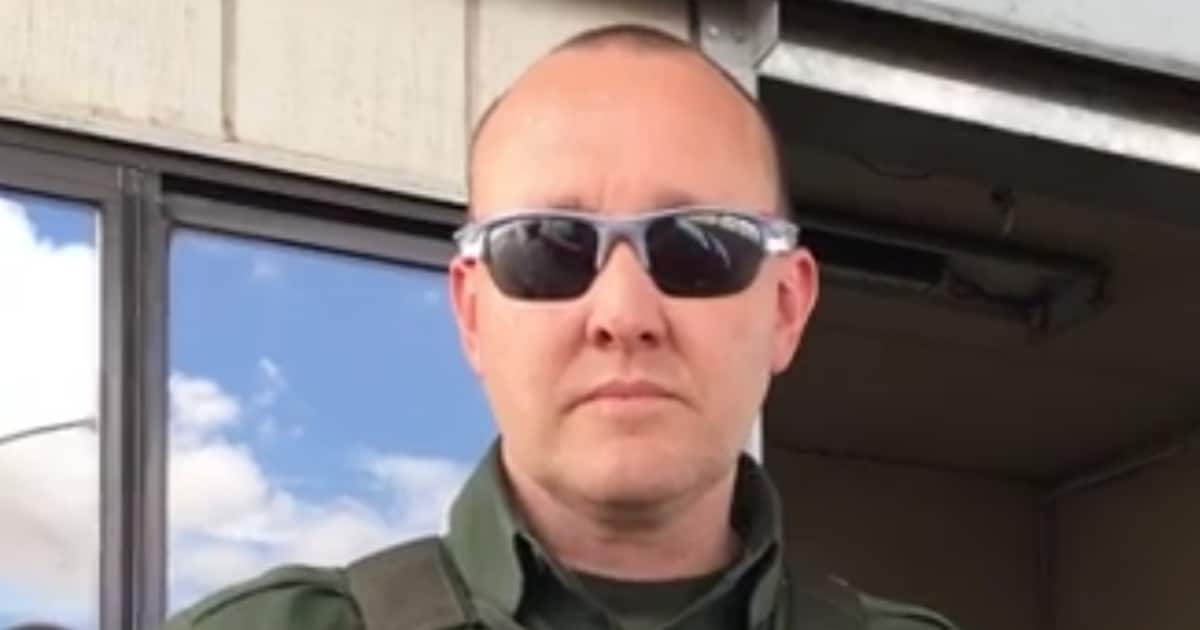 Across our country law enforcement agents are faced with resistance.

We’re not talking about criminals and thugs, but regular citizens who refuse to show them the respect they deserve.

But at least one officer is not letting a rude person get their way, as seen in this video.

Part #1 Being "detained". Basically, make sure you have a full tank of gas to keep your air conditioner running, some water and some snacks. I also recommend a pillow cuz this was a great place to take a nap. And they do have bathrooms in the cells where they hold people when they pull them out of their cars (my son got to use it).

Border Patrol Agents simply wanted to know if [Shane] Parmely was an American citizen before allowing her through the checkpoint. Despite the fact that all she needed to do was say “yes” in order to confirm, she instead thought it best to become belligerent…

Although the agent tried to explain to Parmely that what he was doing was in compliance with the law, the woman only wanted to argue. “You can ask, but I don’t have to answer,” she said at one point…

Just like that, the agent can be seen reaching into his vest and removing a laminated piece of paper that outlines the laws, as upheld by the Supreme Court, allowing for such checkpoints and questions to be asked…

As a result of her antics, agents detained and inconvenienced her for well over a half-an-hour while she continued to act like a punk.

It’s sickening to think that there are U.S. citizens who treat our officers with such disrespect.

Our men and women in uniform work tirelessly to keep us safe. They put their lives on the line so that we can enjoy peace. That is especially true at border checkpoints, where criminal aliens use violence to enter the country.

For a mother and teacher to behave so terribly towards an officer is a smack in the face to all of us.

This man was simply doing his job, obeying the law, in order to keep that checkpoint safe. What he got in return was a stubborn, abusive, selfish woman, who slowed down the process, delaying other vehicles as well.

“At a Border Patrol checkpoint, an agent may question a vehicle’s occupants about their citizenship, place of birth, and request document proof of immigration status, how legal status was obtained and make quick observations of what is in plain view in the interior of the vehicle.”

Every decent citizen would accept those actions on the part of an officer. How else can they prevent criminals, aliens, and drug smugglers from entering our country?

Hopefully the next time this woman crosses the border, she’ll think twice about shooting her mouth off.