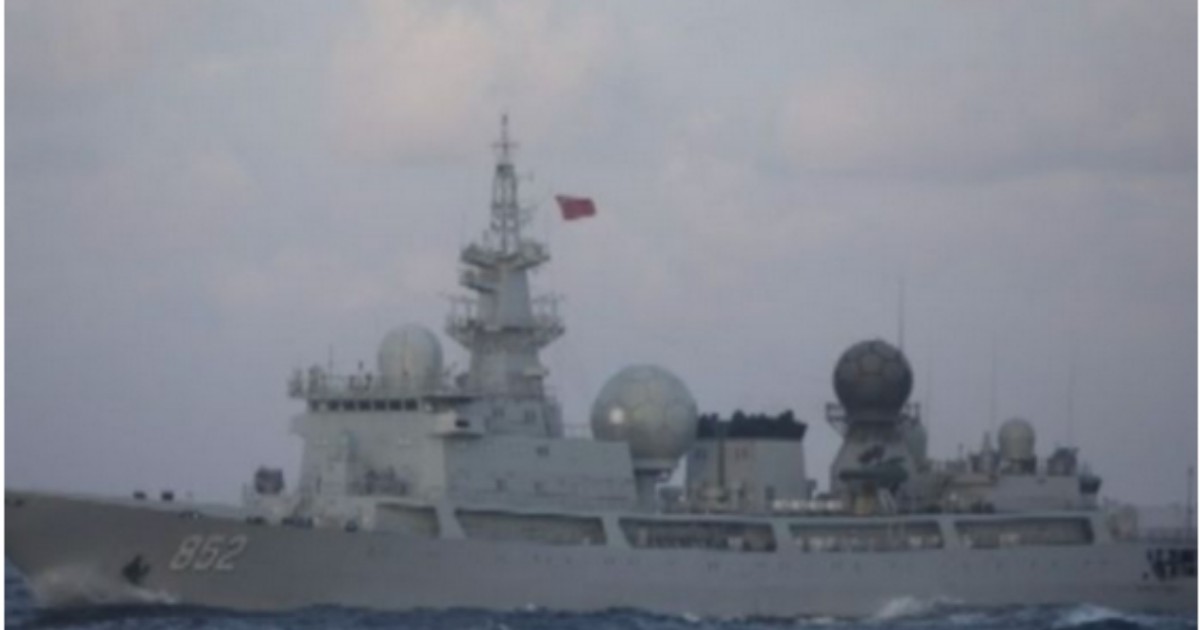 The giant, partisan Democratic witch hunt that has swallowed Trump’s administration is distracting from some very important issues – and, as it turns out, those issues have to do with spies, meddling, and dangerous foreign powers.

Fact is, while distracted Democrats and lazy Republicans worry about what the Russians might have done, they miss the espionage that’s going on under our very nose. And let’s be clear – it’s dangerous, and doesn’t bode well for the country.

It involves all the technology for our national security. It involves our allies, and our enemy North Korea.

Most of all, though, it involves our naval superiority. And the country that looks to challenge us there?

China. Because, in addition to hacking US databases, protecting North Korea, and threatening US aircraft, China’s also watching our naval exercises closely.

Too closely. And all this “Russia!” distraction is playing right into Chinese hands.

The discovery of a Chinese spy ship in a surprising location has the world taking notice.

A Chinese surveillance ship was spotted of the off the coast of Queensland, monitoring joint military exercises between Australia, New Zealand and the United States on Saturday in what the Australian Defense Force described as an unfriendly and provocative act.

The key to understanding this is the fact that the ship was ‘spotted.’ That, see, doesn’t happen, unless the ship wants to be spotted.

China isn’t just watching how the US and her allies would behave in a war. They’re sending a message. And, by all accounts, we received it.

“In general, China has been more aggressive in monitoring the US and its allies’ movements through its naval vessels in the past five years or so,” [Professor Justin Hastings] said, adding that the Chinese military was more or less “putting the U.S. and Australia on notice” that they were keeping an eye on what they are doing.

It seems Trump isn’t the only one who puts his enemies on notice.

This kind of aggressive action – and make no mistake, even a ship watching from far away is aggressive – can’t go unanswered. And China knows this.

Which means this might be the start of escalating tensions. And that’s bad news for everyone.

It’d be nice if we could stop screaming ‘Russia!’ and focus on the real threat.