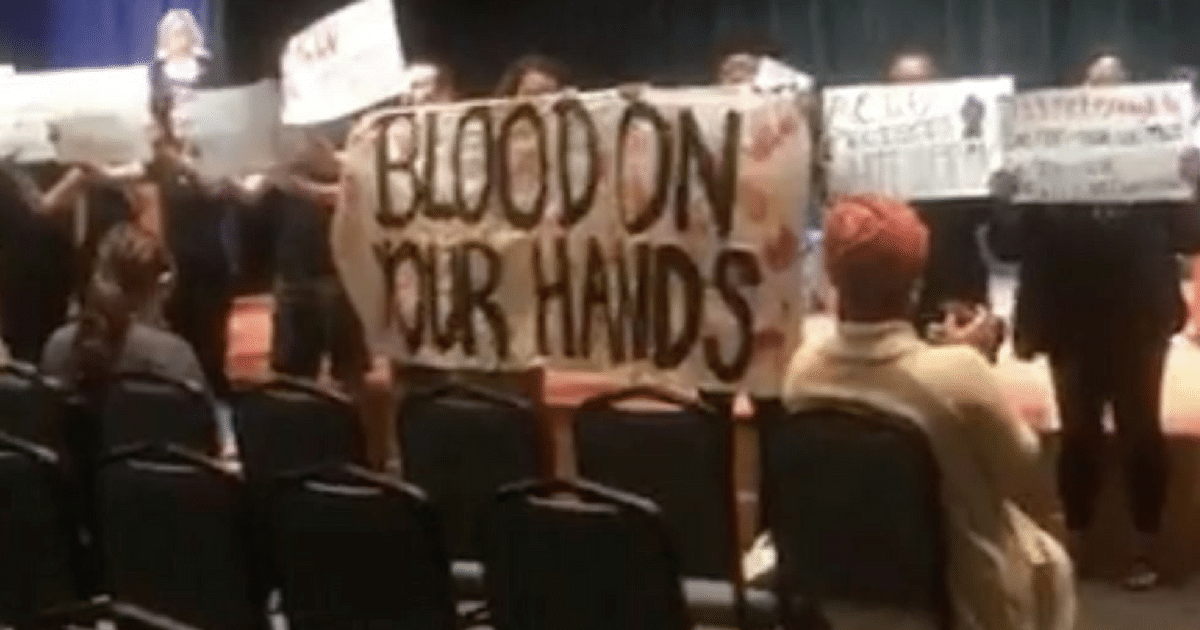 Protests have become a preferred tool of the Left as they continue to wage their unwinnable war against common sense.

Somewhere along the way, the cool kids decided that the best way to get their point across was to transport things back to the 1960s.

Liberals and snowflakes bought in en masse, and the increased interest gave rise to organizations that go out of their way to disrupt things. Antifa is the first name that typically comes to mind in that regard, but Black Lives Matter is a close second.

As we’ve seen with Antifa, a conundrum arises when protesters get some ideas of their own. How can the Left possibly claim that the group is a good thing when it’s idea of protesting is breaking things and assaulting people?

It’s a tough trick to pull, but undeterred liberals have a knack for making the impossible seem possible. Many have actually been able to explain – with a straight face, mind you – that the actions of Antifa are just fine, since they’re really just seeking peace through violence.

If that’s not head scratching enough for you, take a gander at the way BLM protesters are lauded for getting their message out there. Absent in the praise is an explanation for exactly how yelling and shouting people down promotes whatever it is they’re attempting to promote.

As with Antifa, troubles arise when the protesters get some ideas of their own.

The Independent Journal Review has an example of that.

In late September, a group of Black Lives Matter students stormed the stage during an event at the College of William & Mary in Williamsburg, Virginia, where the American Civil Liberties Union was sponsoring a pro-First Amendment event.

W&M alumna Claire Guthrie Gastañaga, executive director of the ACLU of Virginia, had just started speaking when raucous protesters interrupted her, according to student newspaper The Flat Hat.

Before she even made it five minutes into her speech, Black Lives Matter demonstrators hoisted signs, rushed the stage, and began shouting,

“Blood on your hands” and “The revolution will not uphold the Constitution.”

But perhaps most peculiar was this chant: “Liberalism is white supremacy.”

The ACLU has been a huge advocate for BLM, so it was quite a scene to see the tables turned so dramatically.

So what is BLM so collicky about this time?

The ACLU defended the First Amendment rights of Charlottesville protesters, and that was just too much to handle for BLM.

The college rebuked the Black Lives Matter protesters for shouting down Gastañaga, calling the group’s actions “not acceptable in our community.”

“This stifles debate and prevents those who’ve come to hear a speaker, our students in particular, from asking questions, often hard questions, and from engaging in debate where the strength of ideas, not the power of shouting, is the currency,” the statement read.

The statement, though, said nothing about finding those involved in Gastañaga’s silencing or disciplining them in any way, so it’s unclear how W&M plans to stop such out-of-control demonstrations.

The rebuke is great and all, but as we’ve seen in colleges across the nation, these liberal institutions will fold like a card table when enough snowflakes and protesters make a fuss.

As such, BLM will continue to whatever it wants on the campus.

Ironically, the First Amendment defense that they were protesting so vociferously is what allows the group to walk around yelling and shouting people down.

That’s not the only piece of irony at play here, but we’ll step aside and let the liberals mull that one around.