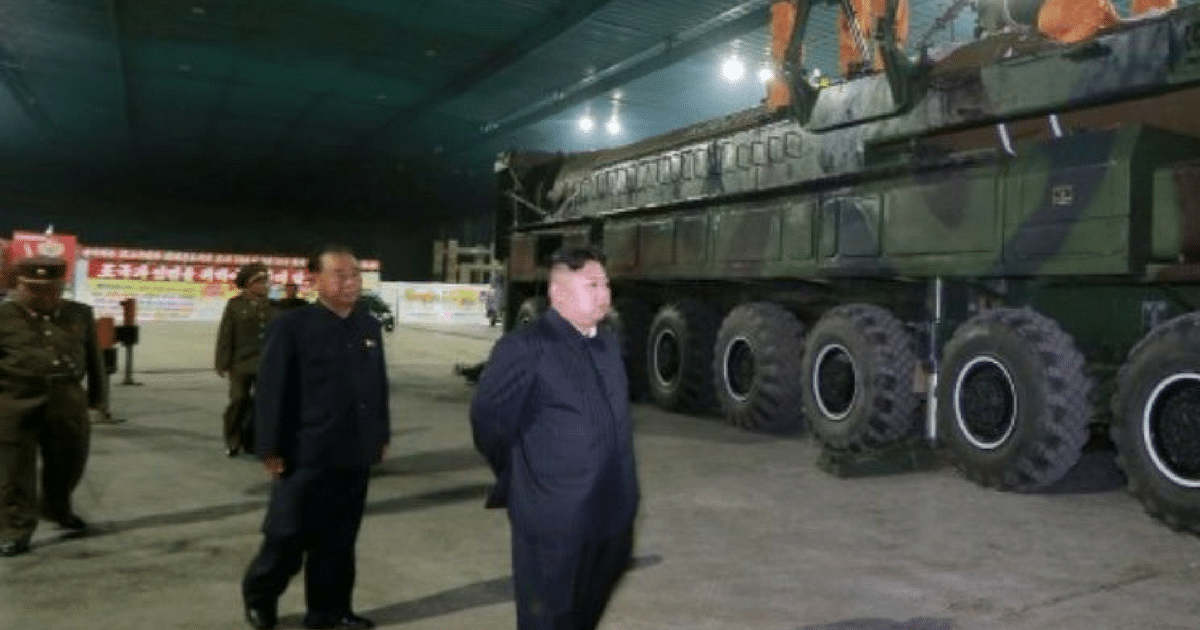 For years North Korea has threatened the United States and our allies.

They have promised to attack us, plunging the world into terrible conflict and war. Yet time and again, they’ve backed down.

But now it looks like things are ramping up in DRNK, as they’ve just placed something troubling by their coasts.

A North Korean intercontinental ballistic missile is moving toward the coast, according to South Korea’s spy agency.

The North is moving the missile primarily at night to avoid regular detection.

North Korea revealed images of a new warhead for its ICBM Sunday, and a few hours later, the North tested an advanced nuclear device, presumably the warhead, given that the prior revelation enhances North Korea’s credibility.

North Korea claims that it tested a hydrogen bomb. The explosive power of North Korea’s newest nuclear device is unclear, as estimates from various observers range from 50 to 150 kilotons.

South Korean intelligence suspects that North Korea will launch an ICBM over Japan into the Pacific Ocean to test its performance when fired on a minimum energy trajectory. Such a test would allow North Korea to observe how the weapon might perform in combat.

It’s hard to say right now whether this is all a show by North Korea, or the real deal. In the past, they’ve made big boasts against the U.S., South Korea, and Japan, only to back down later.

Yet in recent weeks and months, North Korea has only seemed to become more aggressive. From missile tests to nukes, it appears they want the world to know one thing: they are ready for war.

What does this mean from the U.S.? Our leaders have made it clear that they will not tolerate any violent actions from the North Koreans. Any attempts to attack our territories—or our allies—will be met with swift repercussions.

But will that be enough? Will a threat from the United States be enough to stop North Korea from attacking a peaceful neighbor? Or is war soon upon us?

We will have to wait and see.