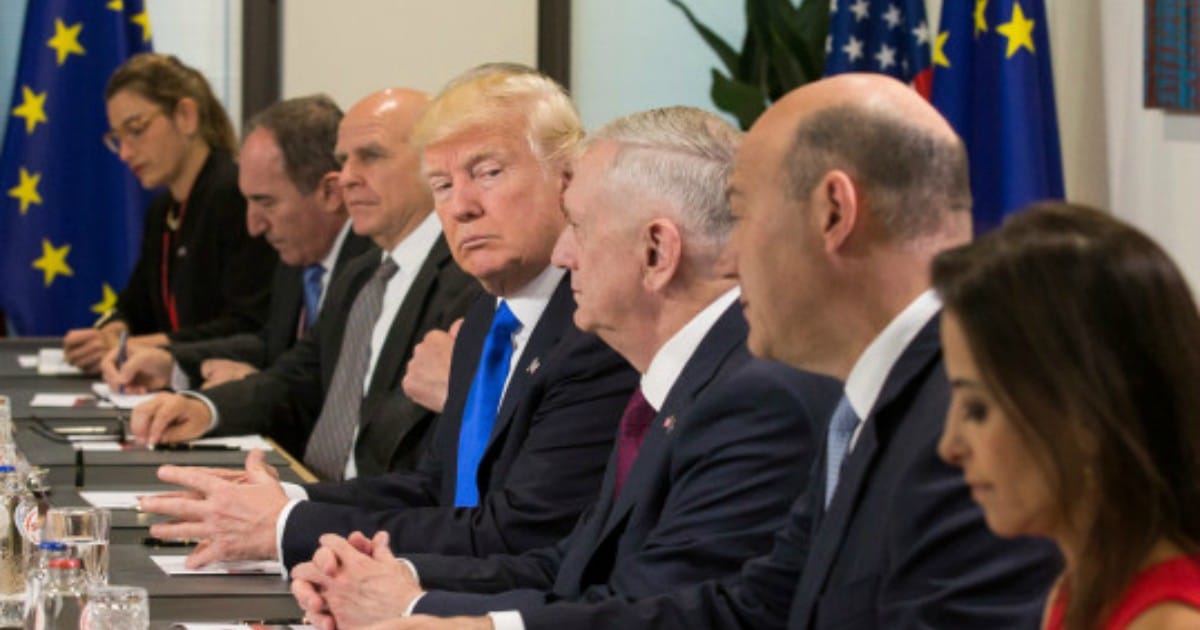 Women are second-class citizens. Non-Muslims are persecuted and gays are routinely murdered.

So, it comes as a shock to realize Sharia-compliant countries are funding think tanks. It’s even worse to discover who was in one of these think tanks.

The International Institute for Strategic Studies (IISS), where White House National Security Adviser H.R. McMaster has been listed as a member for 11 years, quietly took in about $32.5 million in funding from Bahrain, a country whose constitution explicitly enshrines Sharia Islamic law as the governing doctrine.

The funding from Bahrain, a repressive regime with a dismal human rights track record but also an important regional U.S. ally, reportedly amounted to one quarter of the think tank’s total income…

As a member of IISS, McMaster participated in the Sixth Mamana Dialogue summit in Bahrain from December 11 to December 13, 2009, Breitbart News found. He is listed in IISS literature as being part of the Mamana Dialogue’s four-person panel that year on “military transformation, intelligence and security cooperation.”

People are beginning to wonder just what Bahrain wanted in sponsoring this think tank. That kind of money could grant them a lot of swing. While a think tank in and of itself isn’t important, the people involved very much are.

Members of international think tanks go on to influence political groups, governments, and even places like the U.N. The conclusions passed by a think tank can form policies that affect the entire world.

Perhaps Bahrain wanted to make sure that Sharia practices were respected in such a firm, so that they would be protected on a global scale.

But what does this mean about McMaster? Does his involvement in this Sharia-funded think tank have bearing on his role in the White House? Hard to say.

We do know he was involved in the group back in 2009. And he was listed as a member up until early this year. It’s possible the conclusions and ideas generated from this group will have an influence on McMaster’s leadership within the U.S. government.

Plenty of rumors and concerns have been generated over McMaster’s choices in recent weeks. This can be added to the list. But will all this result in a dismissal, or is it all just a lot of hot air?