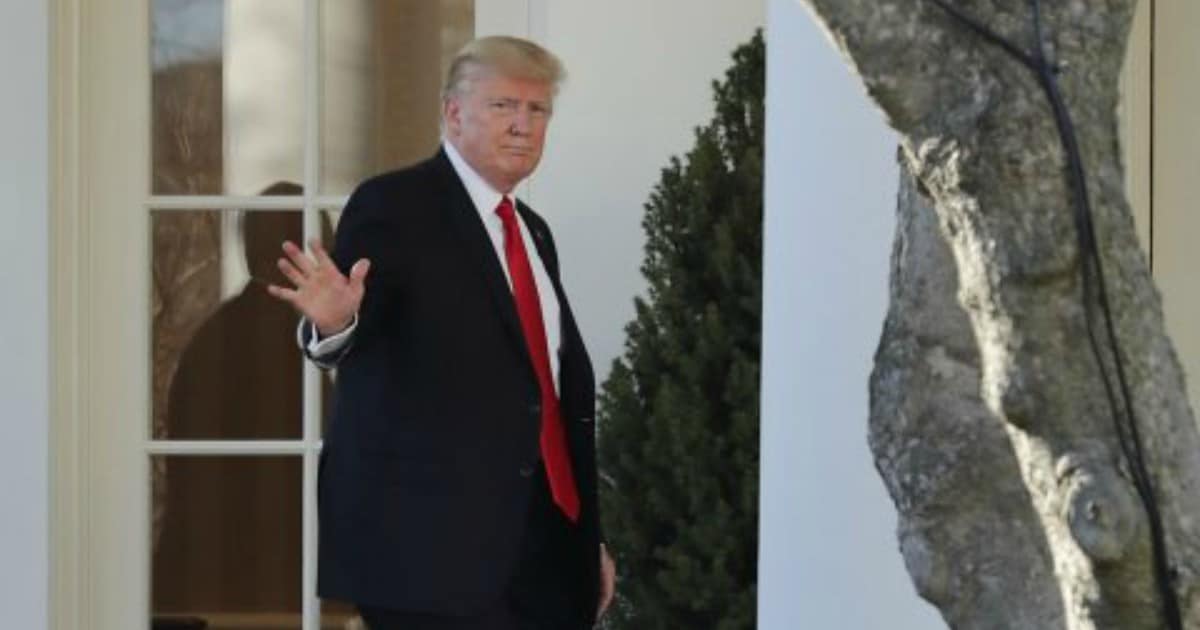 The Obama administration agreed to numerous international deals that were bad for America.

Now under Trump, those deals are getting a hard examination. He already pulled us out of the Paris Climate Agreement, a deal that would have cost us 6 million jobs.

Today we are learning he’s leaning toward nixing this other deal—one that many Americans simply hated.

President Donald Trump expects to find the Islamic Republic of Iran non-compliant with the terms of the 2015 nuclear deal in September, he told The Wall Street Journal in a Tuesday interview.

“If it was up to me, I would have had them noncompliant 180 days ago,” Trump declared.

“I have a lot of respect for Rex and his people, good relationship. It’s easier to say they comply. It’s a lot easier. But it’s the wrong thing. They don’t comply. And so we’ll see what happens. I mean, we’ll talk about this subject in 90 days.”

“But, yeah, I would be – I would be surprised if they were in compliance,” he declared.

It’s very easy for Iran to pretend to be complying with the nuclear deal. How do we know they are not secretly developing nukes, in places we are not allowed to see?

Aside from that, we know they are aggressively developing long range missiles. They fund terrorists and have announced their intentions of wiping the United States and our allies from the map.

Why should we play ball with this kind of nation? They should be imposed with sanctions, until their terrible leaders are removed.

Anyone inside this administration that supports the deal do so because of political reasons. It’s far easier to live with this terrible situation, then face the criticism and backlash overturning would bring.

But that’s just the sort of thing Trump was elected to do. He’s not in D.C. to make friends or please the establishment. He’s there to drain the swamp and rebuild our nation.

Killing the Iran deal has always been his goal.