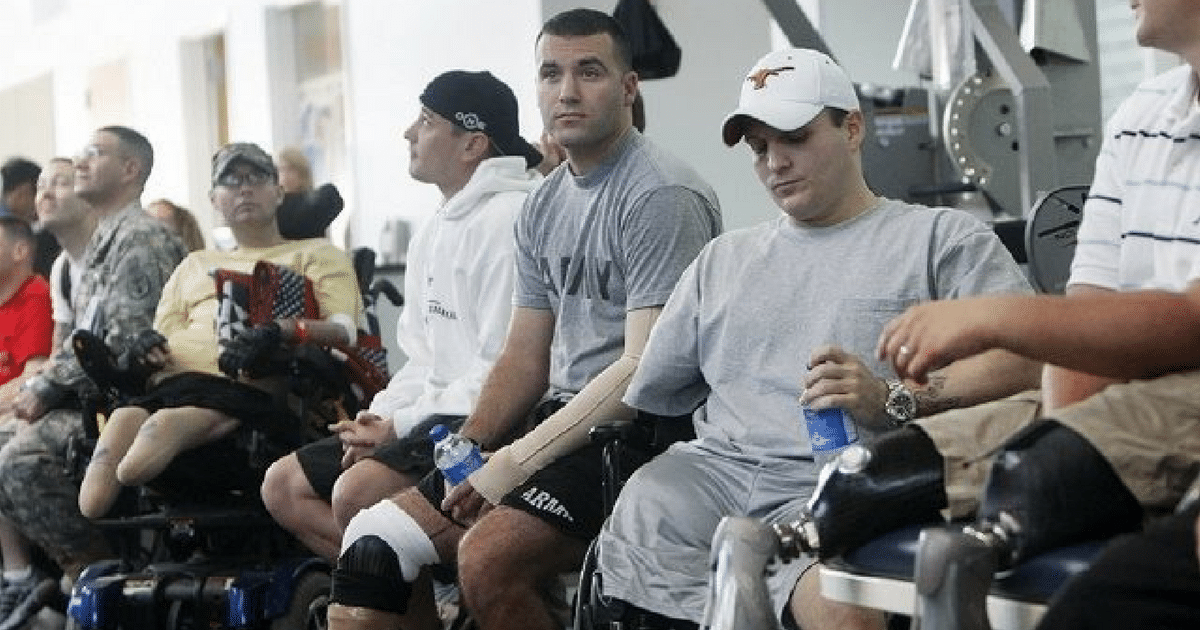 Prior to last year’s presidential election, President Donald Trump called a ton of attention to the fact that care for our nation’s veterans needs to be improved dramatically.

That wasn’t just a talking point aimed at generating whoops and hollers from patriotic folks in attendance.

Our nation’s vets need help, and a broken and overwhelmed system is not going to get it done.

As with all of Trump’s promises, he’s taken this one to heart. Steps are being taken to improve veteran care, but there remains a ton of work that needs to be done.

The Daily Caller shares an example of one area that is reaching mission critical status.

The opioid epidemic is claiming a record amount of lives annually in the U.S., but the death rate from painkiller abuse among veterans is nearly double that of the broader population.

The Department of Veterans Affairs is stepping up its effort to treat military veterans who get hooked on the dangerous pills, but are struggling to stay ahead of the crisis.

While VA doctors have treated roughly 68,000 veterans for addiction to opioid painkillers since March, service members continue to die from painkiller overdoses at twice the rate of the non-military population, reports Reuters.

There’s a ton of fingers that can be pointed on the nation’s opioid crisis, but it’s quite obvious that the bill is well past due.

It’s beyond time to get a handle on things, and it’s crystal clear that the problem as it relates to our nation’s veterans needs to be among the top priorities.

Republican Sen. John McCain is currently working to pass a bill that will fund research into ways VA doctors can mitigate the use of opioids in treatment.

McCain noted that as well as overdose deaths, opioids may be contributing to the high suicide rate among the veteran population, which is 21 percent higher than the rate among average U.S. adults.

“The Veterans Administration needs to understand whether overmedication of drugs, such as opioid pain-killers, is a contributing factor in suicide-related deaths,” McCain told Reuters Thursday.

Trump’s speech on the opioid epidemic was one of the finest that he ever delivered. He’s made it clear that this is a topic that he takes to heart, and he’s going to do everything in his power to help clean the mess up.

McCain’s bill sounds like a good start towards dealing with the problem as it specifically relates to veterans, and there’s no reason why such an effort shouldn’t attract bipartisan support.

For the next steps, it would be lovely for our nation’s medical professionals to understand that ‘there’s a pill for that’ is not the answer to everything.