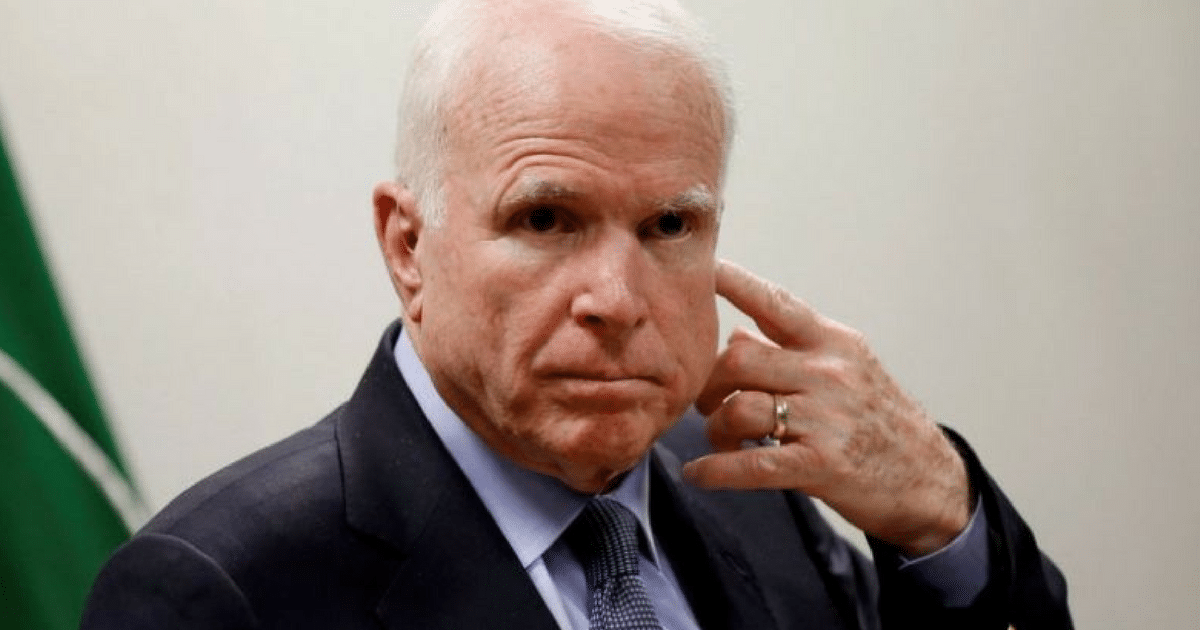 It’s no secret that the President has had a hard time getting Congress to do its job. But it’s becoming more clear why that is.

There were a handful of promises made to Americans during the campaign. The biggest? “Build the Wall” and “Repeal and Replace.”

John McCain destroyed our chances of Repeal and Replace. But at least one Congressman knows what to do about it:

Recall him, and vote again.

Texas Rep. Louie Gohmert believes Arizona Sen. John McCain should be recalled while he undergoes treatment for cancer so that Republicans can replace him with someone who will support the party’s latest effort to repeal and replace the 2010 health care law.

“He’s got cancer, it’s a tough battle,” the GOP congressman told “Fox & Friends” on Monday morning. “But stress is a real inhibitor to getting over cancer.”

Gohmert: Arizona should recall McCain for the good of the country; Democrats' obstructionism. pic.twitter.com/3RIXW0xVga

Before I get into any commentary, let’s lay a few things out in the open – among them, the simple fact that ‘Repeal and Replace’ died because of John McCain.

And it’s not just me that thinks so.

This is a senator that fought long and hard to repeal Obamacare – but when Obama was in office. When, in other words, there was no chance that the Repeal might actually make it past a presidential veto.

But Trump’s promised to sign any Repeal Bill. And yet, surprisingly, none have made it to his desk.

And McCain has been the ‘no’ vote every time.

It’s not rocket science, to be frank. You have to wonder if McCain secretly loved Obamacare, and just wasn’t telling anyone.

And it’s possible his cancer might have affected his judgment.

And there’s a lot of people that think so.

Wisconsin Sen. Ron Johnson suggested McCain’s cancer could have affected his decision to cast the decisive “no” vote the previous month.

Given the consensus on McCain’s Brain, you might wonder what can be done. After all, whatever his current sins, he’s an American hero. He was shot down and tortured in Vietnam, and returned to become a US ambassador to the country.

We need a quick, and dignified, exit. And Gohmert has the solution: just recall McCain.

“I think Arizona could help him, and us. Recall him, let him fight successfully this terrible cancer, and let’s get someone in here who will keep the word he gave last year,” Gohmert said.

Do it. But just so long as you do it respectfully.