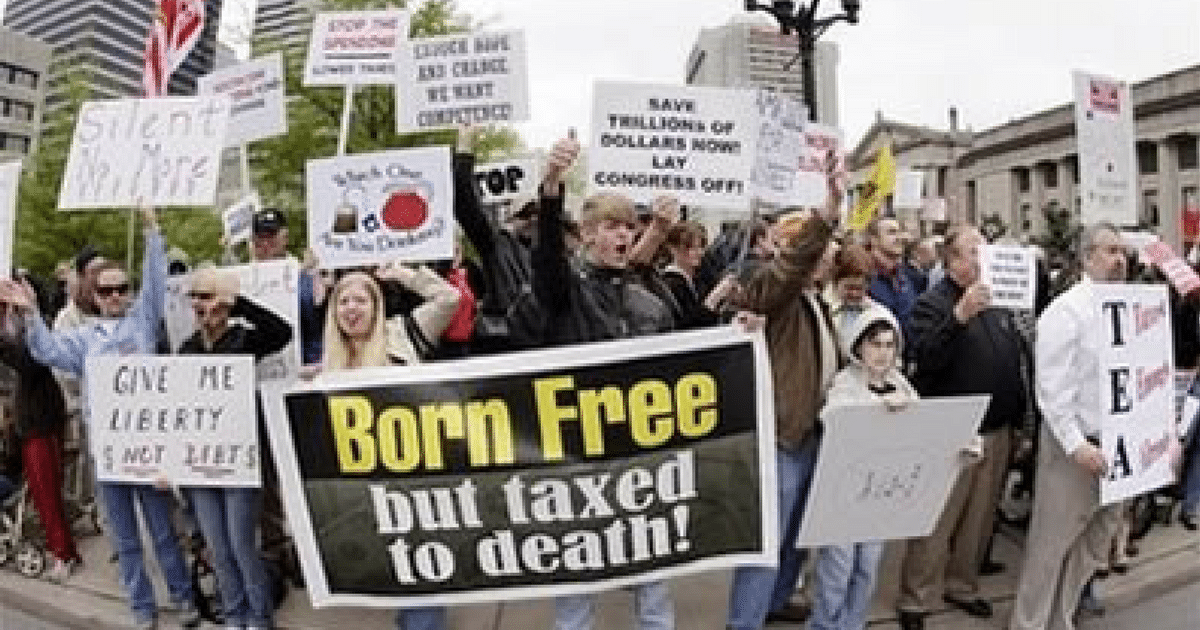 The Republican Party is the anti-tax party. And that obvious point will become very important in just a minute.

Everything rests on the backbreaking labor of the average American. And if you don’t support them, you’re undermining America.

Which brings me to the way that Democrats tax the living bejeezus out of the average American. Because most of us are paying more on taxes than we are on food and clothing.

Liberals, this kind of makes you want to become a Republican, doesn’t it?

This is pathetic: average American paid more in taxes than spent on food and clothing combined in 2016. https://t.co/BEMpolXFia #MAGA #p2

Chances are, if you’re like most Americans, those are not among your favorites words.

Whether you’re like the guy above who “hates the IRS,” or you gladly pay your taxes — but could be just as glad if you paid a lot less — the fact is, between federal, state, and local income taxes, a “yuuge” chunk of our hard-earned money is spent on taxes.

How yuuuuuge? Way more than you think.

According to data released this week by the Bureau of Labor Statistics, the average American [consumer] spends more on taxes than food and clothing. Combined.

In short, you pay the government more than you pay to feed and clothe your family. And the numbers back this up. I’ll skip the boring details, but the gist is this:

A grand more on taxes. Think about it.

That makes this the list of typical middle class expenses, in order of magnitude:

And considering that, if you don’t pay your property taxes, the government can still take your house? We can simplify even that list.

If Trump fixes the tax code, he might well go down as the greatest ‘economy president’ in history.