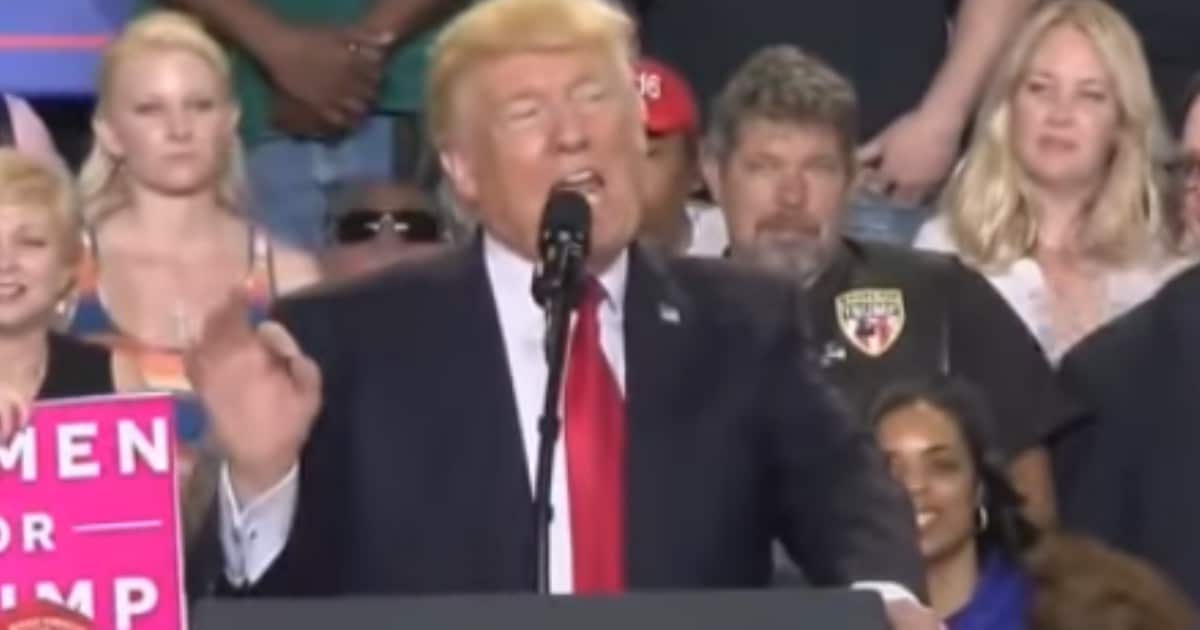 The battle to end criminal immigration continues to rage.

Even though the evidence is piling up, democrats refuse to acknowledge that illegal immigration is destroying the United States. And so, they continue to oppose our president.

These criminals are the real engine of illegal immigration. All those hard-working families who want to come here are subject to the oppression of drug cartels and violent gangs, who smuggle people into America for money… or other favors.

They wholesale import drugs, violence, and massive amounts of crime into our country. They rape young children, abuse civilians and leave an unacceptable body count.

Already President Trump and his team have been rounding up these thugs and sending them home. Under our current administration, the plague of criminal alien violence will be brought to an end.

There was one particular group Trump wanted to call out during a rally in PA. He made it clear they were no longer welcome in the United States.

Speaking at a rally in Harrisburg, PA, President Donald Trump assured American citizens that the Salvadoran gang known as MS-13 would be quickly removed from the country…

“Members of congress who will be voting on border security have a simple choice. They can either vote to help drug cartels and criminal aliens trying to enter the United States, like frankly, the Democrats are doing, or they can vote to help American citizens and American families be safe. That is the choice…”

“The last very weak administration allowed thousands and thousands of gang members to cross our borders and enter into our communities, where they wreaked havoc on our citizens. The bloodthirsty cartel known as MS-13 has infiltrated our schools, threatening innocent children…”

“My administration will not rest until we have dismantled these violent gangs, and we are doing it rapidly, and we are sending them the hell out of our country.”

The president explained that this gang is as violent and cruel as notorious terrorist network Al Qaeda. That is no surprise, considering how vicious and ugly these drug cartels can be.

They engage in all manner of criminal activity, from drug and weapon smuggling to murder and human trafficking.

It’s shocking to think that there are U.S. lawmakers that still refuse to take every step to ensure villains like MS-13 are kept out of America. Yet democrats still won’t get tough on immigration, because they hope illegals will support them politically.

So they violate the safety and freedom of every American, just to get a few votes.

It’s time that every liberal politician that stands against immigration is thrown out. We cannot jeopardize the lives of our children and families just because democrats are in office.