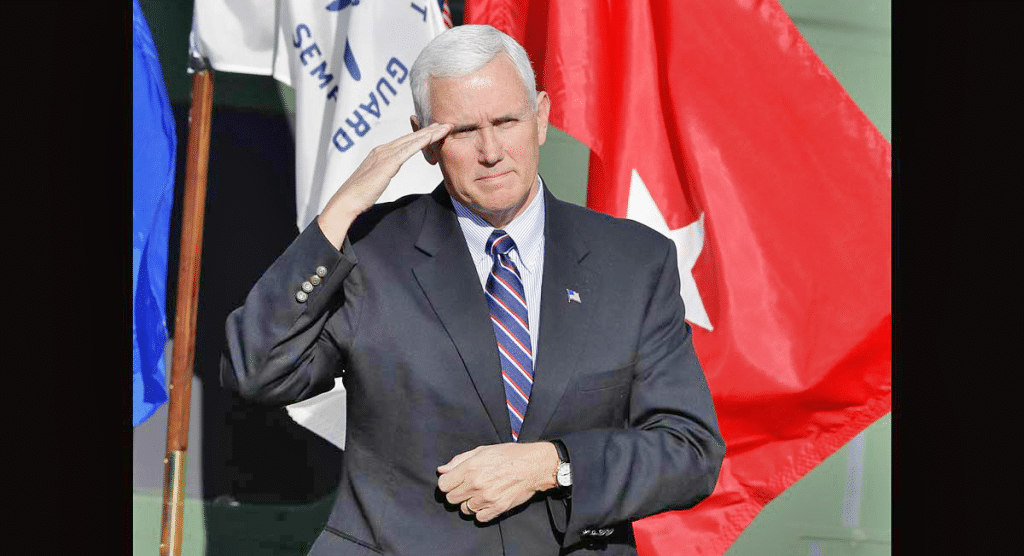 Donald Trump respects and supports our military. So does Mike Pence.

After eight years of Obama snubs, My Right America is happy to report, time and again, of Donald Trump’s commitment to America’s armed forces.

And, thankfully, he’s not the only one. Apparently, great leaders find great people to work under them.

It’s what Trump has been saying over and over – ‘I’ll find good people, and I’ll let them do their jobs.’

Yesterday was the Super Bowl, and vice president Pence treated two military veterans to a front-row seat, and a first-class American party.

The Hill reports: “Pence landed at [Andrews Air Force Base] shortly after noon to meet up with Marine Staff Sgt. Anthony Mannino, Jr., who was wounded in Iraq in 2008, and Army Staff Sgt. Frederick Manning, who was injured in Afghanistan last year, to fly them to the game aboard Air Force Two.

It’s good to see the second-in-command doing just as much as Trump to heal the giant wounds of mistrust between DC and the military.

There’s certainly lots more work to be done there, but the Trump/Pence team is off to a great start.

The military feels respected again, and our enemies know that we’re not going to just be a doormat anymore – Iran’s on notice, terrorists can’t get in the country, and black ops are already underway to destroy fanatical Islam. That’s a lot of work done in just two weeks.

Still, it also helps if you throw a good party every once in a while.

Pence’s group included both a Falcons supporter and a Patriots supporter.

The game itself played out like a giant illustration of politics under Donald Trump – when no one thinks you can possibly win, and when the game is almost over and you’re still behind, that’s the time to prove to everyone just how much of a winner you are.

(Tom Brady is a Trump supporter. Winners like winners. Did you have any doubt?)

Vice president Pence is showing his true colors here. Be thankful, America, that the Trump team is gold all the way down.