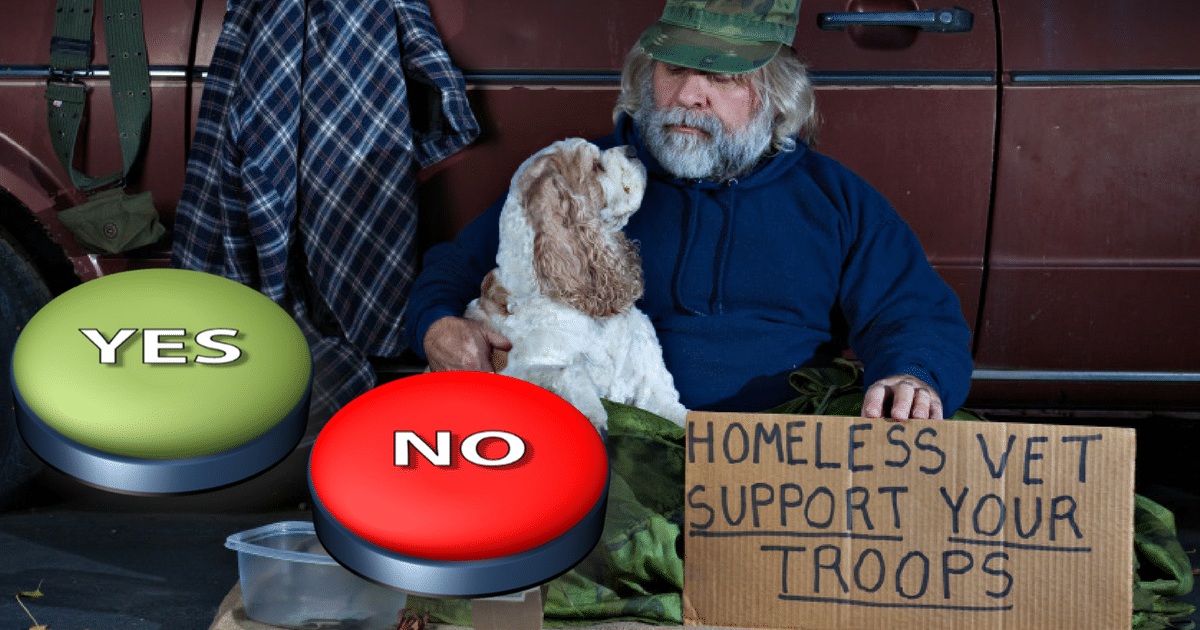 Liberals want to force America to take in refugees and provide housing, food and clothing for them while the very people who fought for our country and freedom literally freeze to death outside.

Why do liberals hate our veterans so much? It doesn’t make sense that we should give so much to people who are not citizens, and in many cases don’t respect the values we hold as Americans, while we have many homeless and hungry veterans who need our help.

Here is a story about just how bad things have gotten for veterans. This takes place in Sweden, but it might as well be in our own backyards.

‘Refugees’ arriving in Sweden are plied with an endless list of entitlements, as seen in the video. But during the same time frame this family was getting free housing, a homeless Swedish vet froze to death.

The European ”humanitarian superpower” Sweden does its very best to please Muslim asylum seekers, by providing them with both food, clothing and shelter, but it seems the country’s own ethnic citizens in need are of less importance and forgotten.

Sture, a homeless man in his 60s was found dead early Wednesday morning outside the hospital in Nynashamn. Sture had sought refuge from the cold in Nynäshamns hospital during the night. But he was not allowed to remain there.

A security guard threw him out, and without any offers of housing from the municipality, and out of options, he was forced to spend the night at a bus stop outside the hospital.

In the morning he was found frozen to death, reports Nynäshamnsposten. Of course in Nynäshamnsposten the article about Sture’s death soon became just a notice, but Swedish alternative media dug up his story.

Sture was a man who is described as a good worker throughout his life, including in the armed forces and at a nursing home.

This is so sad, but it doesn’t have to be this way. President Obama couldn’t have cared less about our veterans, but luckily he is gone and so are his far left policies.

President Trump is standing up for veterans and their families. Let’s make sure we take a stand with him and do all we can to help our brave veterans like they deserve.