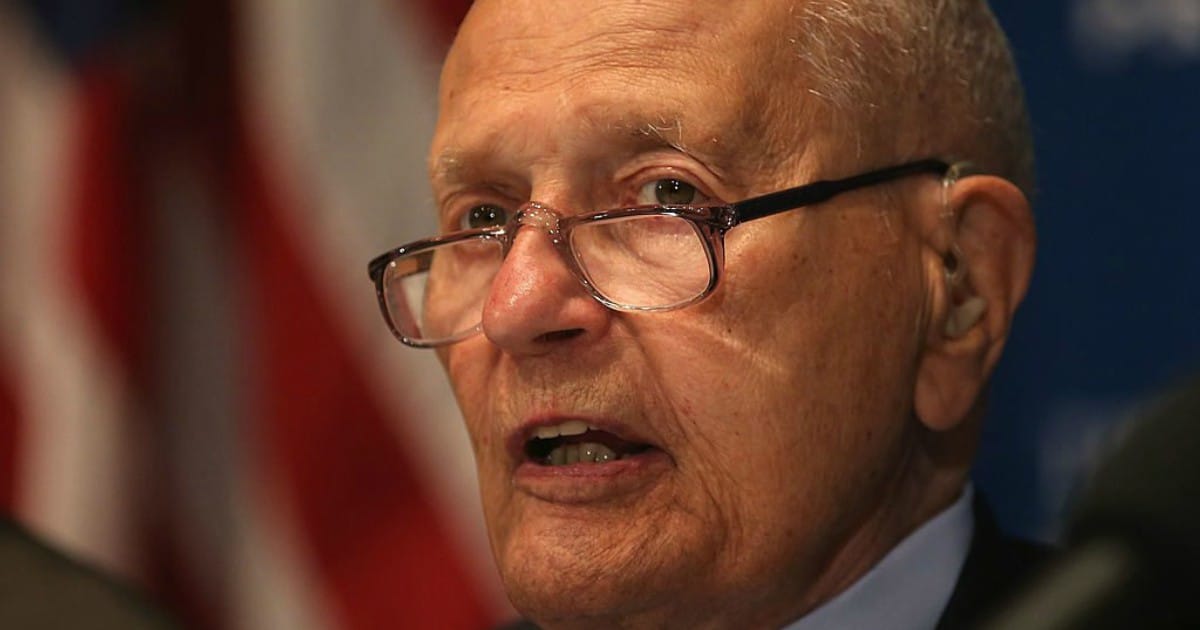 After the violence in Charlottesville, many are chiming in with their opinions.

Suddenly, after all these years, politicians are against hate and bigotry. Where were they before?

One particular representative, a 91-year-old veteran, is making a new vow. There’s just a small problem. Dingell, a veteran of World War II, tweeted that he had enlisted once to fight Nazis and would do so again if necessary: “Hatred, bigotry, & fascism should have no place in this country…”

In Congress from 1955 to 2014, Dingell enlisted in the summer of 1944 when he turned 18. Had the United States launched a ground attack on Japan, Dingell told NPR he would have probably taken part — but once President Harry Truman opted to use atomic bombs, such a strategy was no longer necessary.

That’s all well and good, Mr. Dingell. But why aren’t you confronting the liberal activists who joined in the violence?

The Neo-Nazis weren’t acting alone. Anti-fa and Black Lives Matter went to that protest deliberately to start a fight. They are fueled by just as much hate and evil as the white supremacists.

I signed up to fight Nazis 73 years ago and I'll do it again if I have to.

Hatred, bigotry, & fascism should have no place in this country.

Yet while conservatives, including the President, have condemned the Neo-Nazis, zero democrats have come out to confront the hate and violence coming from the left.

It’s real easy to say you’ll fight Nazis. Everyone in their right mind hates Nazis. But what about those people who are fueling hatred on the other side? Why aren’t liberals condemning those left-wing extremists who have been causing violence this entire year?

John Dingell is an avid Trump obstructionist. Like the rest of the Democratic Party, he is working to undermine the president’s plan to make America great again. His regularly opposes Trump, even denying the successes POTUS has already achieved.

His empty words against Nazis ring hollow, considering how he is one of the many who work to divide this country.

Sorry Dingell, you’re going to have to do a lot better than a few comments.