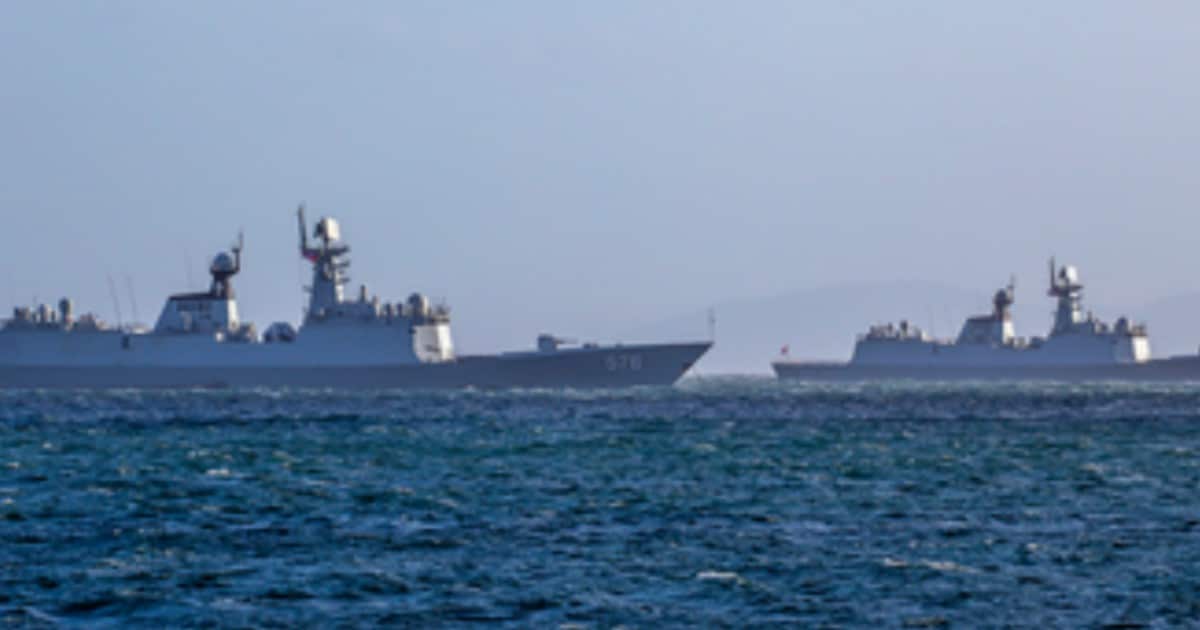 Donald Trump has an ability to make unlikely friends. He also has the ability to quickly spot his enemies. But it’s a strange day when they’re both one and the same.

Trump’s list of allies and enemies is almost the exact opposite of traditional presidents. Russia? Friend. Britain? Sometimes a foe. Europe? A foe, at least on Climate Change. Saudi Arabia? We can work with them.

Basically, those countries that can make your country richer? Friends. Those that hoist obligations on you without payment? Foes.

And the worst foe of all? China.

So it’s really surprising that the US and China are now working together. And in the unlikeliest of places – the South China Sea. The very same place where a future world war is likely to start.

But it won’t be today. Because right now, US and Chinese soldiers are operating side by side.

A Chinese warship joined forces with the U.S. and its allies to search for a missing sailor in the South China Sea, according to China’s defense ministry.

The People’s Liberation Army Navy guided-missile frigate Liuzhou is cooperating with the U.S. “in the spirit of humanitarianism,” the Ministry of National Defense said in a statement Thursday.

The PLAN vessel, which was initially shadowing allied vessels in the area, offered assistance after the USS Stethem, a U.S. Navy guided-missile destroyer, reported a man overboard Tuesday.

After multiple searches, the sailor has not yet been found.

Think about this a moment – a Chinese spy ship, one that’s following your battleship around just to watch what you’re doing, sees that you have a man overboard, and then offers to help.

There’s a possibility this is just a ploy by the Chinese to see more of how the US operates. But that’s a little cynical.

Another possibility – and I favor this one – is that the Chinese, just like the Americans, really don’t want to go to war. And sometimes the smallest kindnesses can help prevent just that.

Although, if you really wanted to prevent a war in the South China Sea, I’d first suggest this: stop building artificial islands with missiles on them. Because if you’re still doing that, it won’t matter how many lost sailors you find.